Long before lacrosse became popular at private schools and colleges across the U.S., it was played by the members of various indigenous tribes throughout much of the U.S. and Canada.

The game got the name by which people now know it from French fur trappers, who thought the sticks the Indians were using looked like the crooks carried by French bishops.

Among many members of the Iroquois Confederacy, the game is not just popular, it’s fundamental.

Born With A Stick In The Crib

"We’re given a traditional wooden stick when we’re born, to sleep with in our crib," Jerome Thompson says. "So, that’s when I got my first stick."

Jerome Thompson, like many kids on the Onondaga Nation Reservation in New York state, got the earliest possible start in the game around which he’s built his life.

Jerome’s younger brother, Miles, was likewise introduced to the game as an infant by their father, Jerome Sr., who played professionally. Miles remembers step two of his education in the game.

"The first memory that comes to mind with my wooden lacrosse stick, is playing catch with my father," Miles says. "And, you know, he always tells us that he would never take it easy on us. He would give us a nice, hard pass. You know, he was my favorite player. That’s who I watched, growing up."

Lacrosse has a significance for the Thompson brothers — there are four of them: Jeremy, Jerome, Miles and Lyle — that goes beyond a warm and fuzzy connection to a dad, even though he’s slinging high, hard ones at them.

"There’s always a story that we were told as kids, that this game has been played since the beginning of time, that it began with the animals," Miles says. "And those animals brought a different perspective. And we were taught that these animals played to show that every child can bring something different to the game of lacrosse. Because, you know, no matter if you’re fast, you’re strong, you got good hands, you’re gonna bring something different to this game. Every child can play this game."

Maybe so. Maybe every child can play. But when Miles and Jerome were growing up, they didn’t have a lot of options beyond lacrosse.

"We didn’t have electricity or running water until I was probably about 8 years old," Miles says. "You know, we didn’t have PlayStation or Xbox. We had our brothers. We had our lacrosse sticks. You would drive down the rez, and you would at least see one kid with a lacrosse stick, and some of the days that could have been us."

For the best players among those children with sticks, there could be practical, material advantages — something in addition to the satisfaction found in following in the paw prints of those variously-talented animals. There could be college scholarships. Several of the Thompson brothers got them. There could be something to hold on to while recovering from addiction. Lacrosse performed that function for one of the Thompson brothers. And there could be professional careers. All four Thompsons are currently playing pro. And, as Miles Thompson explains, there can be something more important than all that.

"My father, he taught us that the game of lacrosse, you know, we gotta respect things," Miles says. "Respect the game. Respect others. Respect the people watching. Because that wooden stick was once a living tree. It’s a hickory tree. That tree was living. We give thanks when we take that tree."

"No matter if you’re fast, you’re strong, you got good hands, you’re gonna bring something different to this game. Every child can play this game."

How many baseball players — even the best of them — feel that way about their bats? I wondered about that as I was speaking with the Thompson brothers, and a perhaps irreverent question for Miles slipped out before I could get a stick on it.

"What would have happened in your family if at some point you’d said, 'You know, Dad, I’d really like to play baseball instead?'" I ask.

"I probably would have gotten beat up," Miles says with a laugh.

"By your brothers, or by your father?" I ask.

"By all of them," he says. "That’s a pretty interesting question, there."

"Yeah, it is, actually," Jerome agrees.

Lacrosse As 'Medicine' — Across Cultures And Generations

Interesting, perhaps, but beside the point. Jerome has also said of the game that "it’s medicine to cure sickness."

"Our community uses the game of lacrosse as a healing," he says. "Every spring we have a medicine game that pretty much our whole community attends. Whether you’re a male or a female. To me, it’s medicine in a couple ways: It’s medicine for the players, to be able to play and go out there and have fun and play with a clear mind. And it’s also medicine for the people watching."

Medicine, and at times, a sort of magic. Or mysticism, maybe, of a cross-cultural kind. Until 1987, the Iroquois Confederacy was not recognized by the International Lacrosse Federation as deserving of inclusion in competitions with other nations. When the Iroquois did gain that status, thanks to a change in the federation leadership, they began regularly competing with the U.S., Canada, New Zealand and other nations. At the 2014 World Lacrosse Championship, the team from New Zealand honored the Iroquois as originators of the game. Jerome won’t soon forget it. 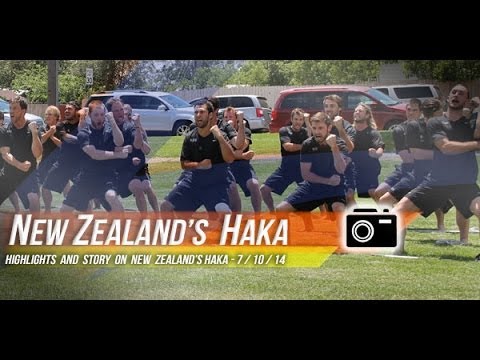 "It was an unbelievable experience for them to do that. It sent chills pretty much down my whole back, down my whole legs. It was very heartwarming because they wanted to do that for us, to honor the game and where it comes from.

"And we also returned it and sang a greeting song for them. So, it was pretty cool."

"We gifted them with an Alf Jacques wooden stick, and the leader of the pack, he actually broke down in tears when we gifted him with that stick," Miles says.

The Iroquois National Team, which included all four Thompson brothers, won the bronze medal in 2014.

The game has kept the Thompson family tight. And their achievements have had an impact beyond the family and the tribe.

Jerome says another generation of Thompsons is already preparing for competition.

"I have a son now who is 5 years old, and I know what he’s done with his lacrosse stick," Jerome says."I mean, I got an almost 1-year-old now, and he’s crawling around with his stick, too, so it’s nice to see."

"Nice to see," and more significant than "nice." The success of the Iroquois team and their own achievements have inspired the Thompson brothers to spread the word. Sponsored by Nike, they run camps. Lacrosse is the draw, but the purpose is broader than teaching kids the game.

"It’s free for all native kids," Miles says. "It’s just a lacrosse camp to go out there, have fun. We teach them the roots of the game and what it takes to get to the next level."

"And that’s what the kids need, and that’s who we’re here for," Jerome says. "We’re inspiring the youth to want to do what we’re doing."

For Miles and Jerome and their brothers, excelling in lacrosse was an imperative. There were sticks in their cradles. But in that suggestion from Miles — that exhortation to find something you can love doing and then to excel at it, whatever it may be — in that there is hope that only begins with what he and his brothers have learned and accomplished playing a game.

For more on the Thompson brothers and the Iroquois Nationals, watch the documentary “Spirit Game: Pride of a Nation.”