"He started out on a boat when he was 5 or 6 years old," she says. "Both of his parents had sailed, and then also had experience in the boat business. So he had access to the water in Southern California and these boats. And he starts winning world titles while he’s still in high school. He’s really pushing the boundaries of the sport in a way that nobody at that level as a kid had really done."

Sailing wasn’t the only thing Kevin Hall did exceptionally well. The son of two doctors, he was an academic overachiever. But on a boat, he was a wonder, a champion, a potential Olympian. While Kevin was still a child, his parents began organizing their lives around his potential.

"They would take the boats and go around each weekend to different regattas," Mary says. "There was a huge investment of time in him pursuing the sport, especially at the level he was doing it at. So they talked to him a lot about, 'What does it mean to win and to lose?' But, honestly, he wasn’t losing that much. So I don’t know how often he had to cope with that in the K-12 years."

"I lived, breathed, dreamt — everything was sailing and sailboats," Kevin says.

He remembers those days as almost easy.

"And I guess I had a knack for it. And because I loved it so much, I was on the path of mastery quite early, where you get the feedback for doing it well, and that just kinda kept snowballing," he says. "I remember telling somebody in fourth grade that they could tease me all they wanted, because I was gonna go to the Olympics one day, and they certainly weren’t."

Kevin would be an Olympian. He finished in 11th place at the Athens Games in 2004. But the road to the games and beyond wouldn’t be as easy and direct as his early triumphs seemed to indicate. That unhappy truth became evident during Kevin’s sophomore year at Brown University in the late '80s.

"I remember being in my college dorm room, listening to a 10,000 Maniacs song, and the song — it seemed like it had really slowed down," he says. "Like, it was the same song, but it was getting played super-duper slowly on my dorm room stereo. And I just remember thinking something wasn’t quite right. And not long after that, things sort of started to become real strange in my life. And not long after that, I was, I guess, locked up."

Kevin became convinced that he had somehow become the star of a complex, perhaps ultimately inscrutable movie being staged by someone or something he called the "Director."

"And, you know, I think of it now as the script flipping," he says. "Like, before, I was making decisions about what was happening in my life. And when the script flipped, the decisions were made for me. And, in a sense, I had no free will anymore. And in the early stages of that, it’s thrilling, and it was even euphoric. And then it eventually also becomes a little bit disconcerting and kind of terrifying, and that’s where the behavior starts to get erratic and noticed by other people."

One of the incidents noticed by other people included a high-speed car chase in Boston, during which Kevin nearly drove into the ocean, endangering both himself and his girlfriend. He was in a hurry because he was sure the Director needed him in what Kevin understood as a production of vast importance with grand implications.

"I mean, the shorthand is 'mission from God.' But I didn’t really think of it as God quite so much as this 'Director' construct that I made in my head," Kevin says. "And, yeah, I was gonna help bring people together."

"People who have a Truman Show Delusion think they’re the star of their own reality TV show," she says. "So, for example, if I was having an episode now, I would think you’re an actor, and these things around me are props, and maybe there’s like a voice or a presence telling me that I needed to go do certain things, hit certain marks."

"Before, I was making decisions about what was happening in my life. And when the script flipped, the decisions were made for me."

The Truman Show Delusion is named after the 1998 film in which Jim Carrey plays a man who’s playing a part in somebody else’s show, rather than living an authentic life.

"In Kevin’s case, the Truman Show Delusion was kind of a subset of bipolar disorder or manic depression," Mary says. "Those are terms I think more people are familiar with." 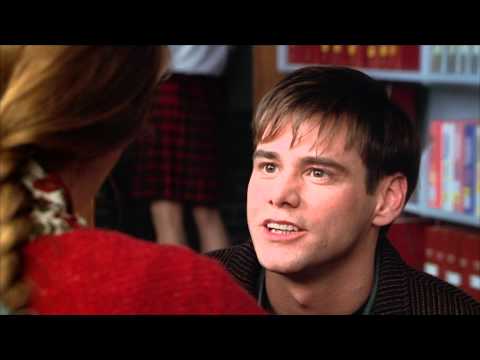 'The Show' And Sailing 'Smack Into One Another'

Over the ensuing years, Kevin Hall and his family became more and more familiar with those terms, and with the consequences of the condition.

The Tokyo episode, like several others, ended in an arrest and institutionalization. But somehow, despite several breaks with reality serious enough to require hospitalization, Kevin managed to keep sailing at the highest level. In May of 2013, he was part of the crew of the America’s Cup yacht Artemis, one of the multimillion dollar boats built to compete for sailing’s greatest prize. Chasing the cup, designers of those yachts sometimes pursue speed at the expense of safety.

Perhaps that’s what caused the Artemis to break apart during a training run in San Francisco Bay. The accident killed one of Kevin’s friends, an accomplished sailor named Andrew Simpson. And Kevin?

"He wasn’t sure if it was really happening or not," Mary says. "And I think that was one of the first times when the world of The Show and the world of sailing were just smack into each other."

Kevin knows now what happened then, but he finds it nearly impossible to discuss.

"Ah, we went sailing, and when we returned from our day sailing, a really good man died," he says. "And that was a tragic accident."

Kevin was in no way responsible for the wreck of the Artemis. But the accident put his sailing career on hold and altered his attitude toward his treatment plan.

"After the accident, I decided that my life path was one that was no longer gonna include being chemically incarcerated in psychoactive medication," he says. "Because I had spent my entire adult life trying to stay on the rails, but at the expense of feelings and really being in my body. But, after the accident, I kinda felt like all bets were off. I like to say I’m taking my medication as prescribed, and kind of leave it at that. And for me that means no psychiatric medication anymore."

Today, Kevin’s in Hudson, New York. He teaches others to sail. He’s married, and he and his wife, who’s a doctor, have adopted three children. He’s endured delusional episodes since that accident in 2013, but he says he’s "doing great."

And sailing? He no longer aspires to race at the highest levels. But he can’t imagine quitting the water.

"If you’re fortunate enough to sail a small boat, you’re very close to the water, and you feel the wind on your face, and it’s just kind of the tiller and the main sheet," he says. "And so it’s easy to get just lost in the sensations, in a good way. Yeah."

This article was originally published on March 30, 2018.