This story originally aired Feb. 18, 2017. This week it appears again as part of our Role Models Show.

"She was just this strong, heroic woman who rode around on a horse with a sword, and I wanted to be a hero like her," Jessie says. "I'd tape every episode and go back and watch them and just pick apart the form of what she was doing — how she would do these flying sidekicks. And so I would kick down all the dead trees in the woods near my house."

Jessie braided her hair and cut her bangs to look like Xena. Sometimes she took the imitation even further.

"I remember, there was a bully who was whacking his jacket at this girl who didn't have very many friends in school," Jessie says. "And I was, like, this little, 50 pound kid in sixth grade. I was a shrimp. And I just ran up and round-kicked him in the stomach. And he was so confused. He stopped, and he just looked at me, and he was like, 'Did you just kick me?' He didn't even know. And I was, like, 'Yeah!' And then I just walked to class. "

Jessie ran the plan by her mom.

"I told her, 'When I grow up, I'm gonna be the next Xena,' " Jessie recalls. "And she was a Broadway dancer and an actress, and she was, like, 'Well, you know, maybe you could be your own hero?' And I was, like, 'No, no. When Lucy Lawless retires, they're gonna need a new Xena, because obviously the world can't be without Xena. I'll just take her place. I'll be ready by then.' "

Young Jessie did all she could to prepare herself for a future as a warrior princess. She took circus classes, trained in flying trapeze and competed in gymnastics.

Then in high school, she picked up pole vaulting. She earned a scholarship to Nebraska — and pursued a second dream: the Olympics.

Jessie put the superhero plan on hold so she could focus on the sport. Soon she was within an inch and a half of qualifying for Olympic trials.

But during her junior year of college, Jessie stopped improving. She wasn’t vaulting any higher.

"I needed a new motivation," Jessie says. "And I saw this ad on TV — it was, like, E! Entertainment or something — and they were, like, 'Yeah, they wanna make a new Wonder Woman movie, and they haven't decided who to cast yet. They're thinking maybe somebody unknown.' And I was, like, 'I gotta do it. I wanna do it.' "

"I'd accidentally given her the resume that I made for the circus when I was in high school. I didn't realize it. And before I had a chance to explain, she's just telling me about stunts."

So the summer before her senior year, when Jessie was home in Maryland, she got a meeting with her mom’s agent in Washington D.C.

"I took the train into the city and brought a head shot, a resume — all the stuff you're supposed to bring --and I handed it to her," Jessie recalls. "And she looked over it and she goes, 'What is this? Do you even act? Why are you here? You know what? You should be a stunt woman. Here.' And she just shooed me out of the office, as my head is spinning trying to understand what's happened.

"I'd accidentally given her the resume that I made for the circus when I was in high school. I didn't realize it. And before I had a chance to explain, she's just telling me about stunts. And it all suddenly hit me. I was, like, 'Why didn't I think of this? Of course, a stunt woman. What could be more perfect?' "

'This Is Where You Belong'

Jessie started reading and researching all she could about life as a stunt double. She planned to move to LA after graduation, so she started studying maps of the city’s neighborhoods.

And even before finishing school, Jessie got her first opportunity: it was a big one.

Soon Jessie was on the roof in the dark of night, pretending to be chased by a ghost.

"The moment my feet left the building and I was in the air, all the stress was gone," she says. "And it was like, 'Oh, this is where you belong. You're falling through the air.' And that's what feels like home to me. I wanted to do it again, but they were, like, 'No, that was perfect. We're done. Moving on.' So it went quickly."

Jessie was hooked. In 2007 she graduated, moved to L.A. and began looking for more work.

"My first year in LA, I auditioned for all the live stunt shows," Jessie says. "And I was really excited about the Pirate's Dinner Adventure one because there's singing and sword fights and trampolines and circus stuff — everything I love. Only it turned out that the female character is actually a mute gypsy who gets kidnapped by pirates, so she doesn't get to do any fights and is just the damsel in distress the whole time. So I was a little disappointed."

Still, Jessie took the job. (In her free time she learned one of the male pirate roles — though she never got to perform it.)

Eventually she found better stunt work. By her fourth year in LA, she was booked solid. Then in 2013, she made it onto a TV show that didn’t involve any acting: American Ninja Warrior.

"The moment my feet left the building and I was in the air, all the stress was gone. And it was like, 'Oh, this is where you belong. You're falling through the air.' And that's what feels like home to me."

On American Ninja Warrior, contestants take on obstacle courses. They jump from trampolines to dangling ropes, and try other challenges that seem to have been dreamed up by a 12 year old hopped up on Pixy Stix with an unlimited construction budget.

Men and women compete against each other on the same courses. Jessie heard about the show from one of her former roommates. She doubted she'd be very good at it, but she figured it’d be fun — and maybe good publicity for her stunt career.

Turns out the skills Jessie Graff had honed in her quest to become a warrior princess made her a great ninja warrior.

In 2015 — the seventh season of the show — Jessie was one of the few women to make the national finals in Las Vegas.

There, finalists try to finish four stages of obstacles. Out of the hundreds of competitors in the show’s history, only two have ever completed all four – and most fail on Stage 1.

When Jessie lined up for Season 7, no woman in the history of the show had completed the first stage.

Jessie took her turn. She got off to a great start, passing the Propeller Bar, the Silk Slider and the Jumping Spider.

Then she reached the Warped Wall, one of the toughest obstacles. To get past it, you have to run up a nearly vertical ramp, grab hold of the top ledge, and pull yourself up. Think running up the side of an empty swimming pool — only the pool is 14 feet deep. 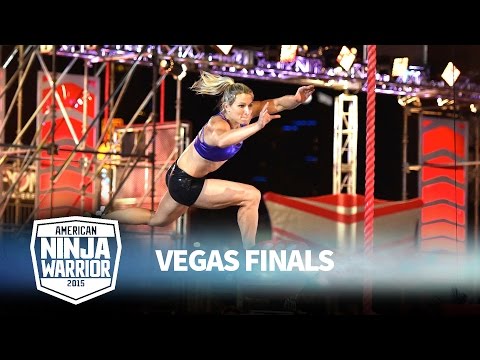 Just like when she tried to vault herself to the Olympics, Jessie Graff was a couple inches short. And for a 7th year, Stage 2 of American Ninja Warrior began without a woman.

The next year, Jessie Graff was one of 18 women in Las Vegas for the national finals.  All the others failed on the first stage.

"I was the last woman in the order, so before I went, all that information was in there," Jessie says. "All of that pressure of, like, if you don't trip on something, you're going to make history and your life is going to change."

Once again, Jessie started out strong, getting past the first five obstacles. Then she was back at the Warped Wall.

She paused. And then she took her run at the wall.

"As I was running up the wall, I realized that I had killed too much momentum and I wasn't going to make it, and so I just, like — I was reaching up with my right hand and I feel like I almost shoved it out of its socket to get an extra inch," Jessie says. "But I got it.

"And as soon as my hand was over the top, I was, like, 'Oh my gosh. I did it. I'm gonna finish Stage 1.' And then instantly came back to reality and was, like, 'Dude, you have two more obstacles. Do not get ahead of yourself. Focus.' "

Jessie managed the Broken Bridge and the Flying Squirrel and then …

"When I finally hit the buzzer at the top, I just sank to the floor because I was, like, 'You're done, you're done. You don't have to think any more.' And I didn't even know what to do with myself. It was crazy." 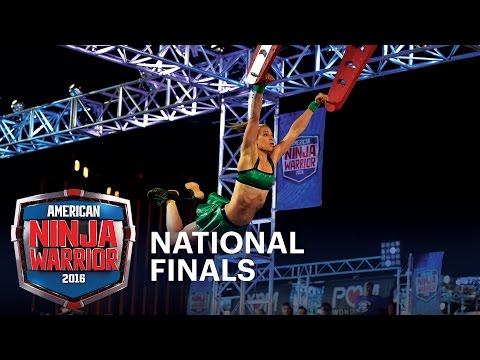 A Hero Is Born

Since her success on American Ninja Warrior, Jessie has stayed busy as a stunt double. She's worked on the TV shows Supergirl and Agents of S.H.I.E.L.D. And she's also been getting plenty of messages on social media. Women write to say that she's inspired them to get stronger or healthier.

And parents send her videos of their young daughters doing pull ups or climbing obstacles.

In many of those videos, the girls are dressed in the same Wonder Woman skirt that Jessie has worn on American Ninja Warrior. Some have even done their hair in a high pony tail to look like Jessie.

"I mean, I always wanted to play a hero. But I don't know that it ever really occurred to me that I could just be a hero to people as myself," Jessie says. "And that's really a dream come true — I mean, beyond the dreams that I had for myself. It's amazing."