When my mom was a kid growing up in Southern California, her grandparents owned a pool. My mom would spend her entire summer in that pool ... except for one hour every day, after lunch, when her grandparents would make her play canasta.

Nancy Wiener Marcus is a little older than my mom. She’s 75, and she grew up in Dallas, Texas.

"It was a known rule," Nancy says. "I loved to eat a cheeseburger and a chocolate malt and then fries. And I knew that, God forbid, I would have to get back into the water — for, I guess, even to save someone — there'd just be no way. Because I'd drown for sure."

Katie Martin is a 22 year old from Toronto, Ontario. As a kid, she wouldn't go swimming after eating, either.

"Absolutely not," Katie says. "Because — first of all, I don't know if you've read ‘A Series of Unfortunate Events’?"

I haven’t. But Katie tells me that the books follow three orphans who are sent to live with a series of relatives. And everywhere they go, terrible — or at least unfortunate — things happen.

"They go and live with this — their aunt I think, who lives by a lake," Katie says. "And this lake is infested with flesh-eating leeches ... Yes, it's very gross. They can smell food from miles away. And if you go in the water and you smell like food, they will eat the flesh right off your bones."

Back in Dallas, Nancy had a more reasonable sounding explanation for the rule.

"Like, after I stopped believing in the flesh-eating leeches," Katie says. "Because, y'know, at some point — I think I just kept assuming that it was a dramatization of a real thing. Honestly, if you told me that was true right now, I would be willing to believe it."

For decades, doctors have been saying there is nothing wrong with going swimming after eating. But are those assurances enough to change the mind of 75-year-old Nancy Wiener Marcus?

"Yes," Nancy says after a slight hesitation. "But, knowing me, since I’m kinda known as the Google Queen, I would have to Google it to see if it was, in fact, a myth."

I can do better than Google. But first, I think it’s worth asking the question: where did this death-by-cramp idea come from, anyway?

A Snopes.com article cites the 1908 British Boy Scout handbook. The warning goes like this:

If you bathe within an hour and a half after taking a meal — that is, before your food is digested — you are very likely to get cramp. Cramp doubles you up in extreme pain so that you cannot move your arms or legs — and down you go. You may drown ... and it will be your own fault.

"They have their facts wrong." says Ben Jordan, history professor at Christian Brothers University in Memphis and author of Modern Manhood and the Boy Scouts of America.

"That does not appear in the 1908 British Boy Scout handbook, because I'm holding it, and I'm looking at page 88, and it's not on there."

Ben says Snopes isn’t too far off. A similar, less accusatory warning appears on page 223 — in the “health” section of the 1908 handbook.

"And it comes right before the 'Don’t smoke' and 'Don’t drink alcohol' warnings," Ben says.

The warning carried over to the first American Boy Scout handbook in 1911. The man who wrote that chapter wasn’t with the Boy Scouts. He was affiliated with the YMCA. Like the Boy Scouts and other youth organizations of the time, the YMCA taught boys to hike, camp and swim the right way — with the right precautions:

"Otherwise, it was dangerous and could be led to immorality, or excess, or a number of other vices," Ben says.

This idea didn’t just apply to hiking and camping and swimming. It also dovetailed nicely into another movement going on at the time.

"In the early 20th century, a lot of medical folks and health spas and youth organizations and psychologists and educators were very concerned about digestion," Ben says.

Take, for example, this scene from the 1994 movie, “The Road to Wellville,” a dark comedy allegedly set at the Battle Creek Sanitarium run by Dr. John Harvey Kellogg. Yes, that Kellogg. 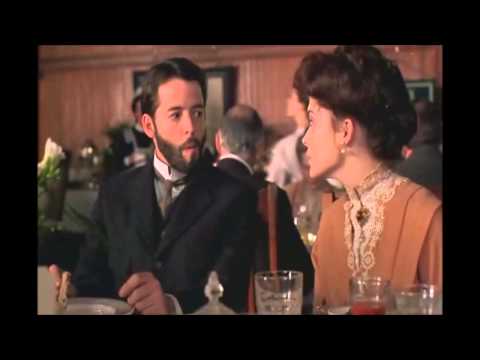 Kellogg and his contemporaries saw digestion as the most important bodily function. The consequences of ignoring the “rules” of good digestion were considered much more dire than a simple tummy ache.

"If your body isn’t digesting food right, then your spirit will deteriorate," Ben Jordan says.

So even though the was no evidence that swimming after eating could kill you, the warnings stayed in. And that most dire warning:

You may drown ... and it will be your own fault.

That appeared in a British Boy Scout manual reprinted in 1954. In the American version of the handbook, the warning became less serious over time, finally disappearing in 1967.

But in 1919, 48 years before the American Boy Scouts finally dropped their death-by-cramp warning, the manual for YMCA camp leaders was already hedging its bets.

Which means that if the YMCA boys program had taken off instead of the Boy Scouts, we might have been divested of this old wives' tale much sooner.

"Yes, you could certainly say that," Ben says. "But then they go down on that same page and then they say, 'but still wait that hour or two.' I guess just because it happens ... occasionally?"

But does it? Does it happen, even occasionally?

Dr. Lester Hartman has been in practice for 32 years at Westwood-Mansfield Pediatrics, outside of Boston. And in that time, he’s logged a few patient visits.

And in all that time, has any kid ever shown up to his office with ill effects from having gone swimming after eating?

Dr. Hartman says there have been multiple studies, and they’ve all come to the same conclusion: you are no more likely to drown after eating a big meal than you are on an empty stomach.

"Now, you may get nauseated," Dr. Hartman says. "But so would you if you exercised very heavily."

In fact, Dr. Hartman says, the only correlation between consumption and drowning is the consumption of alcohol.

"Over 25 percent of the time, people died after drinking," he says.

The Red Cross first published a study debunking the death-by-cramp myth in 1968. But the idea persisted. So they put out another major paper in 2011. Still, Dr. Hartman says, some parents still don’t want to believe that the story their mothers told them simply isn't true.

I know what Dr. Hartman’s talking about. Because when I told 75-year-old Nancy Wiener Marcus that she absolutely would not drown if she went into the pool after eating her lunch, she was polite. But I could tell she didn’t believe me.

Go ahead, Nancy. I already know what you’re going to find.