These days, Pete Rose is known as much for his lifetime ban from baseball, imposed in 1989, as for his brilliant 24-year playing career. Rose initially denied allegations that he gambled on baseball games while he was manager of the Cincinnati Reds. But in 2004, he publicly admitted to it.

Few know of Rose’s younger days as a military man. At first, Rose didn’t see combat up close. But that changed in 1967.

Peter Edward Rose joined the Army Reserves in 1963, after his rookie season with the Cincinnati Reds. During the Vietnam War, it was somewhat common for pro athletes to join the Reserves to avoid the draft.

Rose did his basic training at Fort Knox, Kentucky. One day, the 22-year-old was on Kitchen Patrol …

"And I got a call from Jack Lang in New York," Rose says.

Lang was Executive Secretary of the Baseball Writers’ Association of America.

"And he told me I was National League Rookie of the Year. I was actually waxing the floor of the mess hall."

Rose doubts that's happened to any other National League Rookie of the Year.

A few years later, Rose was a reservist in the 478th Engineer Battalion at Fort Thomas, Kentucky, right across the river from Cincinnati. He served there along with some guy named Bench.

"Johnny and I, we become cooks," Rose says. "We couldn’t cook. But we've become cooks because you would get off early. We could still go the ballpark, could play in the games that were in Cincinnati. If we hadn’t become cooks, we have had to stay ‘til 4:30, 5:00 o'clock, and we'd have missed all the day games. Now can you imagine me cooking you lunch?"

While Rose peeled potatoes and tallied hits that would someday total a Major League-best 4,256, he kept a close eye on what was happening thousands of miles away. 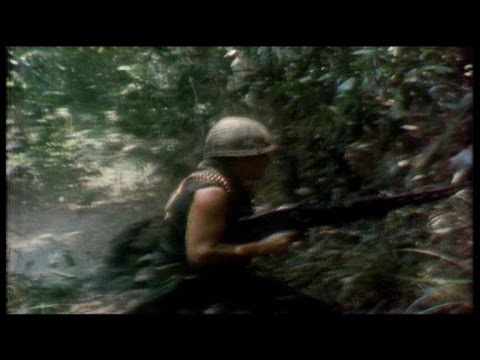 Rose knew there was little chance he and his reserve unit would be deployed. But late in the 1967 baseball season, he got another phone call.

"Someone from the State Department, I really don't remember his name, asked me, 'Would I like to go to Vietnam?' " Rose says. "And my first answer was, 'Hell no! There's a war going on there!' "

The State Department wanted Rose to go on a USO tour to help boost troop morale.

Rose didn't need a lot of persuading other than that.

DiMaggio had retired 12 years before Rose made the big leagues. But Rose was obsessed with the Yankees’ run of World Series wins and Joe’s 56-game hitting streak. The guy from the State Department said he could talk baseball with Joe. But …

In late October 1967, Rose flew to San Francisco to meet with the others who’d be visiting the troops in Vietnam. The group met at DiMaggio’s Fisherman’s Wharf restaurant. And then Joe arrived.

"Joe DiMaggio, when he walked in a room, it lit up," Rose says. "The room lit up. Everybody kind of beamed when they were in the presence of Joe DiMaggio."

By the ‘60s, DiMaggio had earned a reputation as cranky and aloof to the general public. But …

"I couldn't believe how humble he was, how nice he was," Rose says.

Joe had some advice for Rose before they headed off to Vietnam.

After a 20-hour flight to Guam and another long flight to Saigon, Rose visited a U.S. Army hospital.

"And in walks Joe DiMaggio, so humble. Shaking hands with everybody, just so friendly to everybody. I mean, it made me feel good just watching him be nice to those soldiers," Rose says.

DiMaggio had enlisted in the Army in 1943. He never saw combat himself, but he knew a bit about what combat soldiers experienced. So, in Vietnam, the soldiers were his sole focus.

"He was better off the field than he was on the field," Rose says. "And there was nobody better on the field."

Joe’s demeanor was calm and cool as he chatted with GIs who’d suffered horrific injuries. But then …

"We went next door to the Viet Cong hospital where we had the captured soldiers that were getting worked on and getting fixed up. And it was air conditioned. They had air conditioning and we didn't," Rose says.

I haven’t been able to independently confirm that detail about the air conditioning, but Rose says that’s the only time he saw DiMaggio upset on the entire trip.

"He was pissed," Rose says.

While they were in Saigon, Rose says he and DiMaggio also met with the two four-star generals who commanded U.S. forces in Vietnam from 1964 to 1972: William Westmoreland and Creighton Abrams.

"And they were excited about meeting Joe DiMaggio," Rose says. "You know, when you got four-stars that are almost down on their knees, you know you're something special."

After a short stay in the relative safety of Saigon, the other three headed north. Rose says he and DiMaggio traveled south to the Mekong Delta and into an extremely hot war zone.

"You know, we spent a week and a half down in the jungle of Vietnam," Rose says. "You know, in tents, sleeping bags. Gunships, with every fourth bullet a tracer out of the helicopters. You can't sleep because of the mortars going off. And you realize there is a war going on there. And it's a mile from where you are."

"We were GS … uh … GS 14s, I think. We were colonels. We had to carry that card in our back pocket saying we were GS 14s in case we got captured," Rose says.

Rose says that if he and DiMaggio didn’t have those ID cards, and if they’d fallen into enemy hands, the Viet Cong would have assumed they were spies. And they would have been shot on site.

In 1967, Pete Rose’s star was still rising. The soldiers knew him. But as far as Rose was concerned, the USO tour was the Joe Show.

They traveled mostly by helicopter. Rose says he mused to himself that if their chopper went down, every story would be about Joe DiMaggio. But Joe wasn’t afraid. Or, if he was, he didn’t show it.

"Rose says one day he and DiMaggio arrived in a town called Cái Nhum not long after a fierce firefight.

"And I remember we were walking down the street, and there were, like, six North Vietnamese soldiers that were killed in the battle. And they were wrapped in bamboo," Rose says. "They were laying right in the middle of the street. Their feet were hanging out. Their heads weren't hanging out, but their feet were. And I went up to where they were, and I touched a touch one of them with my foot. And the guy who was with us said, 'Don't do that, Pete.' I said, 'Why not?' He says, 'Because North Vietnamese soldiers, they come back for their dead. And all six of those guys are booby trapped. So when they come back to get 'em, they'll get blown up.' But I didn’t know. I’m a rookie at war."

I spoke with a Harvard University history professor. He says he's seen references to the booby trapping of Viet Cong soldiers by GIs in literature about Vietnam.

Rose says that being in Vietnam reinforced the feeling that more and more Americans had back home.

"It was gonna be hard for us to win that war," Rose says. "Because, first of all, you didn't know who in the hell you were fighting.

After about three weeks of meeting with troops, Pete Rose and Joe DiMaggio left the Vietnamese mainland in a Navy fighter jet. They landed on the USS Intrepid, just off the coast. They flew home from the South China Sea.

When their USO tour ended, the two went their separate ways. Rose went back to racking up hits and tearing up Major League base paths.

DiMaggio went back to being an American legend. Rose says he’d occasionally run into him at charity golf tournaments. When that happened, he says, Joe was always friendly and cordial.

"I wouldn't give up that trip for anything," Rose says. "Just to try to boost the soldiers and to hang around with a great player like Joe DiMaggio for 23 days, it doesn’t get any better than that."