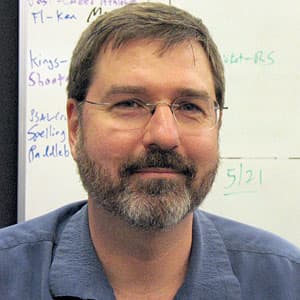 Gary Waleik has been with Only A Game since 1993. As a kid, he played hockey, basketball, soccer, tennis and baseball. When he's not producing radio, Gary likes to fly fish, study Chassidic discourses (and other non-fiction) and write and record music. Some of his songs have been featured in Hollywood and independent films.

Gary grew up in the Boston area. He graduated from Emerson College, where he met his wife. They now live in Metrowest.