Just before a recent move, 52-year-old former Major League relief pitcher Scott Radinsky was going through some junk in his garage. He found an old suitcase full of fan letters.

"It was such a flashback of these kids that would reach out and write from Lehigh Valley, Pennsylvania, or somewhere in Toms River, New Jersey, places I wasn't even aware existed," Scott says. "And it was a lot of fun."

But these letters weren’t from baseball fans. They were from music fans, and they were written over three and a half decades ago, when Radinsky was the frontman of a hardcore punk band.

In 1982, punk rock was booming in California. Bands like The Dead Kennedys were making national headlines. 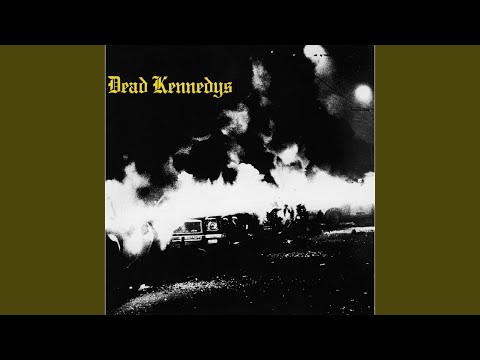 Scott Radinsky and his junior high friends from Oxnard, in Southern California, were captivated.

"We started going to the record store, and it was like any time you heard another band being mentioned, you'd go check it out," Scott says. "Or some of the older kids might say, 'Hey, there's a show going on at Florentine Gardens, the Dead Kennedys and T.S.O.L.' "

"You know, we were all skateboarders growing up in suburbia," Scott says. "The group came together, we developed pretty quick. Imagine 14-year-old kids, 15-year-old kids, just learning how to play instruments, full of energy."

Scott and his bandmates called themselves "Scared Straight." They put together shows wherever they could.

"You know, vets halls and legion halls and little bars, and there was a place out by an airport, like a little hut," Scott says. "And it was a lot of do-it-yourself parties and gigs. And this pretty tight group of, you know, maybe 100, 150 kids."

The hardcore punk scene they helped create in Oxnard was dubbed "Nardcore." In 1984, with Scott on lead vocals, Scared Straight was featured on a compilation LP. 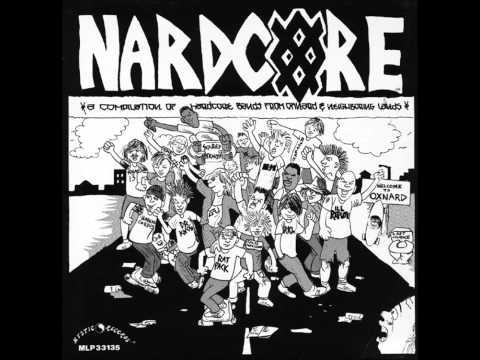 "This is a 14-year-old kid screaming at you!" Scott says. "And, once that record came out, it kind of went a little more national. It made you feel a little worthy."

But noise was a problem.

"You know, we would rehearse in our garage at my house, and the neighbors would get super mad. And at times they would call the police," Scott says. "And my dad actually built this extension off my bedroom. We had, like, a soundproof little ... 10' by 10' room. It was pretty cool."

Scott’s dad was a big part of his life. He’d drive the band and all their gear to shows in the family station wagon. He also coached some of the baseball teams Scott and his brother played on.

Scott made his high school baseball team as a second string first baseman. But Scott asked his coach if he could try pitching. In the final game of his sophomore season, Scott got his chance. He threw a complete 7-inning game, and his team won.

"This is something I wanna do," Scott remembers thinking. "This is pretty cool. I’m gonna be a pitcher. "

Scott went on to become his team’s ace.

I ask him if he ever got crap from the punk rock crowd for being a serious ballplayer.

But that same year, his dad was diagnosed with cancer. The prognosis was not good. Scott started skipping his last class to drive his dad to the doctor and, later, to visit him at the hospice.

"To have my dad throughout my whole life, being active and a part of my life, to see that and witness, over the course of probably a solid year and a half, watch him just kind of go downhill was just ... it was brutal," Scott says.

Scott’s dad died his senior year. But Scott was determined to do all the things his dad had supported. He kept singing with the band and playing baseball.

And then he got a big break. In 1986, he was drafted out of high school by the Chicago White Sox. He was the 75th overall pick.

Scott graduated high school on a Friday. The next day, he was in Florida for training camp.

"You go from being the best in your area to now, all of a sudden, I'm standing with guys who pitched in college," Scott says. "They were just fresh out of the College World Series. And you look around, you realize, 'Damn, man, I'm not in Simi Valley anymore.' "

Scott knew that if he was going to make it as a pro baseball player, it was going to be tough to keep creating music.

Scott spent his first four seasons bouncing between Rookie and Single A ball. During offseasons, he connected with his old bandmates in the hope that they could write some more songs and play gigs.

"For the first handful of years, the guys were going to college," Scott says. "They had their own jobs, and it was less frequent. But it still continued."

In 1990, Scott unexpectedly made the bigs right out of spring training. His style was aggressive and relentless … much like his singing. He was even in the mix as a longshot AL Rookie of the Year candidate. He pitched well during the ‘91 and ‘92 seasons. Around that time …

"We had a fresh batch of songs that were kind of like this new style," Scott says. "And somebody had said to us, 'Well, is it a Scared Straight record? It didn't sound like Scared Straight.' We kind of sat back and reflected and said, 'Well, yeah, you’re kind of right.' And we decided to change the name.

"We had already pressed 1,000 or 2,000 of these CDs, And, when we received the first batch of CDs and cassettes, we went to Kinko's and made a little sticker, and we opened every single one of the jewel cases up, and we slapped 'Ten Foot Pole' over the top of 'Scared Straight.' And then, anywhere it said 'Scared Straight' on the jacket, we just blacked it out with a Sharpie. It was a fresh start," Scott says.

"It's all I've ever known. I don't know anything else. This is just normal to me."

Scott would sometimes play his favorite songs on a boombox in the White Sox clubhouse. Most of his teammates were completely unfamiliar with punk music.

" 'Oh, yeah, you play music? Oh, cool. Yeah. What, are you in a rock band?' " Scott remembers his teammates saying. "And that was kind of the extent of the conversation. I would downplay it. 'Yeah, yeah, yeah, I play in a rock band,' and just leave it at that."

Scott could’ve passed for any other Major League ballplayer. But when he worked on his songs …

"It was like a different personality. And that's just the guy that comes out when I walk into the music room," Scott says.

Scott’s bandmates would mail him four track cassettes with music they’d recorded at their rehearsal space. He’d take them along when he went on the road with the White Sox, add his vocals on the spare tracks and mail them back.

Scott sometimes used the day-to-day experiences of traveling from city to city for lyrical inspiration.

"There was one line in a song. I remember being on the airplane. 'I’m flying high above the gray/seat on the floor beneath my feet.' The song was called 'Fade Away.' " 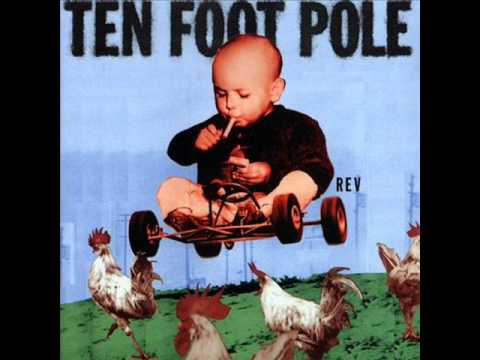 After the 1993 season, Scott was diagnosed with Hodgkin’s disease. He returned to full health following surgery and months of radiation.

"I reached out to some friends and said, 'Hey, you guys want to start a band?' " he says.

They named the new band "Pulley." 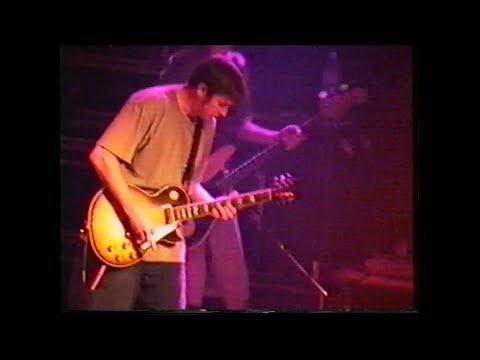 Scott got back on the mound for the ‘95 season, while working on an album with his Pulley bandmates over the phone.

Life was getting back to normal. But Scott struggled on the mound. And, after the '95 season, the White Sox cut him. He hated leaving Chicago.

"That was my home," Scott says. "I had success there. Yeah, it crushed me."

But at least he had a new band. And an offseason in which to finish the album and go on tour.

For Scott, it was all about continuing to express himself through his songs, and not about making it big in the music industry.

"That was what it was all about for me, was, I only have this short window of time, so I have to make this happen," Scott says.

The End of Baseball

Scott signed with the Dodgers in 1996. He pitched well in L.A. for three seasons, and then hung on for three more seasons in St. Louis and Cleveland. He retired from playing in 2001 with a record of 42 wins, 25 losses and 52 saves. Not exactly Hall of Fame stats. But Scott struck out Ken Griffey, Jr. seven times in 16 at bats.

Griffey’s on record as saying that Radinsky was the toughest lefty he ever faced.

"It probably [doesn't] get any better than that, huh? You know, to hear that from one of the best hitters of my era? That's a pretty good compliment," Scott says. "That makes me feel pretty — like I did something right."

Scott Radinsky has coached for nearly 20 years, in the minors, and with the big league Angels and Indians. He’s more recently been involved with player development for USA Baseball and coaching high school. And he’s released a total of eight records with Pulley. So the baseball and the music continue to exist, side-by-side.

"It's all I've ever known," Scott says. "I don't know anything else. This is just normal to me."

Pulley had planned to tour in Europe this summer. That’s on hold for now. So, these days, Scott Radinsky is spending time with his family.

And who could blame him if, every now and then, he opens up that suitcase and rereads fan letters from three and a half decades ago?