A while back — and to be perfectly honest, this was a little more than three years ago — we received the following story pitch from a listener:

Hi, Only A Game. My name is Candysse Miller. I am a listener from Los Angeles, California. I love your show.

Candysse Miller publishes romance novels. And, as Candysse explained in her voice memo, the romance novel genre is a huge segment of the publishing industry.

It’s largely credited with helping the publishing industry survive, it’s so popular. At a conference I was at just a week or two ago, Nielsen said that more than 286 million units of romance novels were sold in 2015.

And that brings us to her pitch.

"Sports is a huge, huge, huge subgenre within the realm of romance novels."

Candysse and I stayed in touch. And in November of 2016, she sent me an email to let me know that her publishing company’s latest sports-based romance novel, "Luchador," a gay romance set in Mexico’s pro wrestling league, Lucha Libre, had been named one of Publishers Weekly’s Best Books of 2016.

But it wasn’t until a couple of weeks ago that we actually got a chance to sit down and talk about it.

KG: I do realize that it has been three years since you emailed your story idea to us, so you might not remember, but what inspired you to contact Only A Game about this phenomenon?

CM: I was watching "Bull Durham" one night, as one is prone to do every time you see it pop up on television. It's just one of those — if I see it, I stay. I watch.

I got thinking about how sports movies and romance novels are so much alike. And, in fact, a lot of films that people perceive as being sports films are actually romance.

KG: Well, so let's talk about "Bull Durham," because we have to.

CM: My favorite movie, which I just re-watched!

CM: Well, first of all, it may be the best baseball movie ever. I realize that's arguable. There are some good ones out there: "The Natural," love that. "Field of Dreams," love that. But I would argue "Bull Durham" is just this great, great — it's not only a baseball film, but at the heart of that film, it's a romantic comedy. It's a romance. It's about Crash Davis and Annie Savoy, who are two incredibly well-written characters.

KG: And, of course, it has one of the best speeches ever, by Crash Davis. 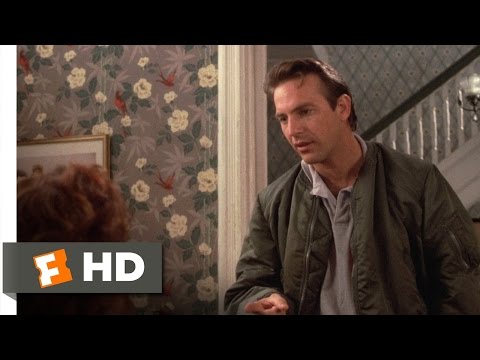 CM: And Annie Savoy, I would argue, is the heart and soul of that movie. She's an intelligent woman. She's a quirky woman. She knows baseball inside and out. There is a sense of empowerment in Annie Savoy. There's also fragility. She is very representative of modern romance novels. It follows the tropes and storylines and beats of a classic romance novel.

KG: And "tropes" isn't a bad word in romance fiction?

CM: Oh, no! Tropes are wonderful in romance. They are deeply embraced. And very often, if you're on Twitter, you'll see someone cast a little net out saying, "What's your favorite trope?" And everyone will respond, "I love, 'There was only one bed.' " You know, these are all tropes that people play with.

KG: So in sports a trope would be, ‘the underdog wins.’

KG: And people love that.

KG: And you don't want it to come too easy. Right? You don't want them to win all season long and sweep the series ...

KG: We're going to get a little bit meta here with a book that's not even out yet. But I think it's an example that tells us something about why sports romance novels are popular. Tell me about the Bromance Book Club.

CM: I absolutely adored the "Bromance Book Club." It's the story of a professional baseball player who suddenly finds that his marriage is not working out, and his wife wants to leave him. His buddies with the team pull him aside and say, you know, "Come with us." And they introduce him to their book club. Their book club has sort of the "Fight Club" mentality in that the first rule of book club is, "You don't talk about book club." Because they read romance novels. And they have all fixed their marriages by reading and learning from romance novels.

“Romance novels are primarily written by women for women, and they’re entirely about how they want to be treated and what they want out of life and in a relationship. We read them to be more comfortable expressing ourselves and to look at things from their perspective.”

Gavin blinked. “You guys are serious.”

KG: Is that how you would define a romance novel?

CM: Yes. It's not every romance novel. But certainly, that is an overarching theme. Modern romance very often is about female empowerment, about standing up for what you want and going out and getting it without apology. And that includes in your romantic life.

CM: Yes. "Check, Please!" started out as a web-based comic. It's about a college hockey team and focuses on one character in particular who had started out as a figure skater but wanted to go to a particular college. So he tried out for the hockey team. Closeted gay kid. Ultimately, as the story builds — and it's been around for a few years now; it's coming to a conclusion soon — it ends up that the story is not only a story of sort of the bromance of this hockey team, but a romance between a star hockey player and this kid.

KG: And that sort of brings us to an interesting facet of this: homosexuality is still not accepted widely in men's sports. But that doesn't seem to be true of romance novels.

CM: Not the slightest. Queer romance novels and sports novels, there is a strong intersection there. Let’s face it, the large majority of readers of romance are women, but not exclusively. But, yes, women read gay romances. It's extremely popular. And also lesbian fiction with sports. I can tell you that the upcoming trend in romance novels, the inspiration is going to be the women's U.S. soccer team. In about a year you're going to see a bunch of soccer romances.

"Queer romance novels and sports novels, there is a strong intersection there."

KG: We haven't really talked about "Luchador." So tell me about it.

CM: Well, "Luchador" — and, for all transparency, that's me under a pen name — but "Luchador" is, you know, that was an interesting book to write. Because I've always been a little bit of a fan of Lucha Libre. But I always kind of viewed it as this kitschy, fun, goofy thing. Because growing up here in the Los Angeles area, there's a thing called Lucha VaVOOM. And you go to that, and it's like Lucha mixed with burlesque, mixed with a whole lot of booze. And it's a great time. It's a great time. And that's always how I viewed Lucha Libre.

And then I was listening to Weekend Edition on NPR. And they did a story about exoticos. And exoticos are essentially — they're by and large, but not always, gay men wrestling in drag. And you think about that and the sort of innate narrative conflict in that. That here’s this very macho environment, Lucha Libre and wrestling — and openly embracing gay competitors — but, to compete openly like that, they also have to be essentially in drag. And I thought that was fascinating. And I dove deep into it. I went down to Mexico City, and I got to know some of the wrestlers. And I went to a whole lot of Lucha. And I just fell in love with it and, ultimately, wrote a coming-of-age/romance set in the world of Lucha Libre. And that's "Luchador."

Jason reached for Gabriel’s hand. Gabriel turned and shot him a warning look. It was one thing to be a comfortably out couple in the Arts District; it was another at an extrema match in Pico Rivera.

KG: So are the women who read sports romance novels typically sports fans?

CM: Not always. I mean, yes, some of us are die-hard sports fans. I’m a hockey fan and I see this, particularly in book Twitter, all the time. People have been drawn to the game and becoming hockey fans by reading romances — people who are now avidly following not only the NHL but the AHL and college hockey, because they've read these books. It's great.

KG: I love it. So I suspect that there are probably one or two or, you know, half a million Only A Game listeners at home who are still shaking their heads and wondering if a romance novel set in sports can really be satisfying. Would you like to take one more crack at convincing them?

CM: Yeah, why not? I would advise someone, find a book that's a sport that maybe you don't follow. Read that and see if it doesn't draw you in and make you more interested in that sport. I know, knowing so many of these authors, when they get it right, they really get it right. Some of them write like great sports writers. They just happen to have a little love in there, too.

Candysse Miller is the co-owner of Interlude Press. Her novel — written under the pen name Erin Finnegan — is called "Luchador."