Over the past two weeks, some of the loudest voices speaking up against racism and police brutality have come from the sports world, from former NBA player Stephen Jackson, who grew up with George Floyd and called him, “my twin”:

To 2017 NBA Rookie of the Year, Malcolm Brogdon:

To 16-year-old tennis star Coco Gauff, speaking out in Florida:

To the other side of the globe, where UFC fighter Israel Adesanya joined a protest in New Zealand:

Professor Kenneth Shropshire, CEO of the Global Sport Institute at Arizona State University, joined us to discuss the response from the sports community.

KG: I’d like to start with a bit of historical context. Over the past week a lot of people have been reminded of the protests that swept the country in the late '60s and the LA riots of 1992. What — in broad terms — was the response from the sports community in those moments?

KS: Well, interesting: so in the '60s there was a great responsiveness, great involvement. You had celebrities of the day — Jim Brown — were deeply engaged. Even some moments, in fact, when some great white athletes were involved — Ron Mix in the NFL, and the great Jack Kemp. 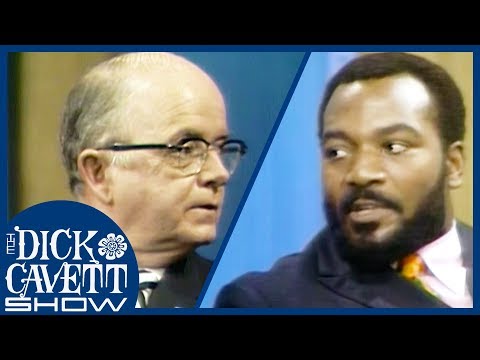 KS: You know, it is interesting when you forge ahead to the '90s and the LA uprising, following Rodney King and O.J. Simpson, and sort of those moments, there was silence by the athletes. There were attempts — and most notably Craig Hodges with the Chicago Bulls was an outspoken person on this. But, for the most part, there was a deep entrenchment of the Michael Jordan aura of  "the best way to get paid in this business is to be apolitical, raceless, and as colorless as you can be."

KG: So how did we get from that era that you're describing of political apathy to what's happening now?

KS: So it really was the Trayvon Martin moment — a great moment by LeBron James leading his then-Miami Heat team in a way that we had not seen: the hoodies and using that tool that didn't exist in the '60s and the '90s: social media.

We saw great action by some collegiate players, the then-St. Louis Rams.

And certainly a great action by the WNBA Lynx players.

KG: Right, so that was going to be my next question. Because, of course, this has grown over the past few years, but this present moment does feel different. What stood out to you about the response from the sports community this time around?

KS: Well, it's a combination of things. I think, certainly, we're able to hear it more clearly, because the games are not being played. We don't have the distraction of the games themselves. I also think that graphically seeing what we saw this time made us all open our eyes and ears to a level that we had not reached before.

You know, the black glove protest in 1968 was two men standing on a victory stand raising their fist. And there wasn't an imagery of actual death accompanying it. The Trayvon Martin moment, we heard about it, we heard some sound, but we didn't see it. I mean, Eric Garner was the closest situation to this, but somehow it wasn't as brazen and blatant as this one.

KG: LeVelle Moton, head men’s basketball coach for North Carolina Central went on ESPN last weekend and said something I have not heard a coach say about his colleagues. He pointed out that college football and basketball coaches make "generational wealth" off the athletic abilities of young men who look like George Floyd:

"But whenever people the complexion of George Floyd is killed, assassinated, murdered in the street, in broad daylight, they’re silent. And I have a problem with that."

KG: Does he have a point?

KS: Well, he has a great point. And so often we have connected making money off the backs of predominantly African American youth at the collegiate level — so often we've made that point in terms of pay for play and name, image and likeness. So what he does is takes it even further and says, "Look, you're getting some value from these young men. You need to take some steps to protect them." There's a similar messaging that I hope to hear from the pro sports leagues, especially the National Football League. The NFL is the one league that is still largely dependent on African American talent. I mean, NBA is right behind, but this is your labor.

KG: Well, speaking of the NFL, NFL teams have been putting out statements in support of the protests. Yet these are the same teams that have blackballed Colin Kaepernick for protesting police brutality by kneeling during the National Anthem. The hypocrisy has certainly not been lost on people. What's been your reaction to this?

KS: So I do applaud the fact that a statement was issued. That didn't have to happen. I'll tell you though, and not just the NFL, so many of those statements do not specifically mention police brutality and police misconduct.

To me, they are missing the mark, and they are doing the wonderful Pollyanna kind of thing of, "Let's all sing Kumbaya and get together." No, this is a police brutality moment. Deal with that. And, by the way: that's something that can be addressed as opposed to this more difficult issue of bringing people together in America. Let's stop killing people in America. Let's take that step, and then move forward from there.

KG: What have you seen coming out of the NFL that is good?

KS: I've had a number of conversations with people at teams that are executives and the like, saying, "You know, what can I do beyond my team statement?" The intertwining of these sports leagues with the police, following 9/11 — and, you know, the great Howard Bryant has done some wonderful work on that — that's really coming to bear in this moment, too. You might want to separate yourself a little bit from that. And you may want to take some affirmative steps to say, "Well, here's what's wrong with my partner that I celebrate and have Law Enforcement Day," and all these kinds of things. There are some wonderful cops. Some of my best friends are cops, but there are some problems as well.

KG: As far as the sports world’s involvement in protest and social change, what are you going to be paying attention to going forward?

KS: The actual programs that are initiated, the actual steps that are taken. As much heat as the NFL got for funding the Players Coalition — $90 million or whatever it is —  following the Colin Kaepernick protest and then all the follow up, what we have seen there — those men have actually moved legislation forward. They've actually gone to state legislatures and gone with the appropriate people and appropriate education and said, "Here are the laws that we need." They are actually working on getting people that are wrongfully incarcerated out of the system — and, you know, the police ride alongs and the getting to know police force and all that sort of thing — in a way that athletes can do much better than you or I.

KG: Finally, big picture: what do you think this moment tells us about the place that sports and athletes occupy in American society right now?

KS: I think because of the huge vacuum that exists in leadership in the White House — and no matter what you think of Donald Trump, he's certainly not united the country — so in the absence of that, it is a tremendous opportunity for these people: athletes, sports figures, leagues that do have the attention and do have the respect of people to hopefully say some of the right things and do some of the right things as people are looking around for some wisdom.

Professor Kenneth Shropshire is the CEO of the Global Sport Institute at Arizona State University.