Americans love homes and fixing them up. In 1979, there was a lone public television show devoted to the task, the art. “This Old House” set out to make the magic of renovation and repair accessible — and became a huge national hit.

This year, “This Old House” turns thirty. The landscape outside has changed. An epic housing bust. A raft of commercial shows from “Extreme Makeover” to “Flipping Out” grabbing at the tool belt.

This hour, On Point: Norm Abram, Kevin O’Connor, and more, on “This Old House” at thirty.

You can join the conversation. Tell us what you think — here on this page, on Twitter, and on Facebook. 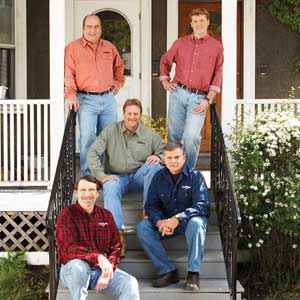 On Point got a tour of the current project site in Newton, Mass. In this video Tom Ashbrook talks with Tom Silva, general contractor for "This Old House":