Lifetime employment is over. Maybe it’s time to think of "tours of duty" on the job.

The old dream, for many, when it came to work:  find a great employer, commit for life, go the distance, retire in style – or at least security.  Today, just talking about that picture will get you the snort reserved for dreamers.  It’s beyond “in tatters.”  For almost everyone, it’s gone.

But what’s the new model, beyond every man, woman and corporation for themselves?  My guests today say think of your working life as “tours of duty.”  Four-year chunks where you and an employer agree on a mission.  And then, most likely, you’re gone.

This hour, On Point:  considering the “tour of duty” work life.
- Tom Ashbrook

Ben Casnocha, entrepreneur and founder of Comcate, an e-government technology firm. He co-authored "The Start-Up Of You" with Reid Hoffman. (@bencasnocha)

Robert Bruner, Dean of the University of Virginia’s Darden School of Business Administration. His remarks to the graduating class of 2013 last month stressed the importance of not jumping ship after only a few years with a company.

Harvard Business Review: Tours of Duty: The New Employer-Employee Compact -- "For most of the 20th century, the compact between employers and employees in the developed world was all about stability...Corporations, for their part, enjoyed employee loyalty and low turnover. Then came globalization and the Information Age. Stability gave way to rapid, unpredictable change. Adaptability and entrepreneurship became key to achieving and sustaining success. These changes demolished the traditional employer-employee compact and its accompanying career escalator in the U.S. private sector; they are in varying degrees of disarray elsewhere."

Entrepreneur: Methods For Building Employee Loyalty -- "Loyal employees are the heart of successful companies. When people feel fulfilled at their jobs, they go above and beyond to help the organization improve. They share expertise, resolve conflicts, suggest improvements, boost morale, help co-workers, conserve resources, and more. 'Those behaviors make groups and organizations more effective — sales are better, production loss is lower, everything is better,' says Diane Bergeron, an assistant professor at Case Western's Weatherhead School of Management in Cleveland."

The New York Times: Over 50, And Under No Illusions — "For millions of Americans over 50, this isn’t a bad dream —  it’s grim reality. The recession and its aftermath have hit older workers especially hard. People 55 to 64 — an age range when many start to dream of kicking back — are having a particularly hard time finding new jobs. For a vast majority of this cohort, being thrown out of work means months of fruitless searching and soul-crushing rejection."

On May 18, former White House speechwriter Jon Lovett spoke to Pitzer College graduates in Claremont, Calif. about fighting the culture of BS.

At the end of our hour, we're featuring an excerpt from Lovett's commencement speech:

Watch his full speech (or read the transcript): 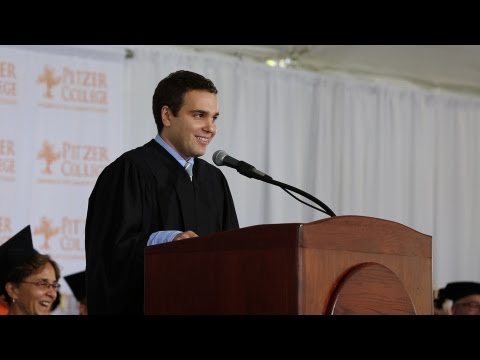