The viral video sweeping the Internet this week is called #morethanmean. It’s terrible. And important. In it, two Chicago sports reporters- women-  sit across from men who read aloud social media messages the women have actually been showered with online. The messages are vile. Beyond vile. Crudely threatening. Obscene. Meant to hurt, wound, assault. Why do men do this? And do you see it beyond the world of sports? Up next On Point: More than mean, and outrageous abuse online.
-Tom Ashbrook

Julie DiCaro, anchor at 670 The Score at Chicago Sports Radio. Writer for The Cauldron at Sports Illustrated. Appears in the #MoreThanMean video. (@JulieDiCaro) 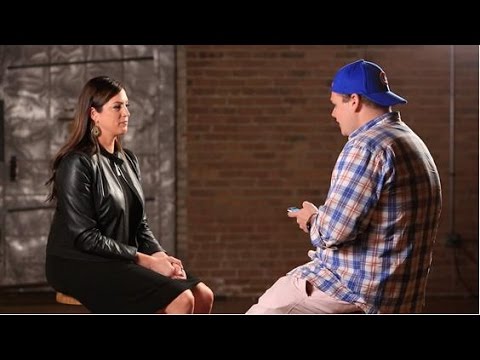 Threats. Vitriol. Hate. Ugly truth about women in sports and social media— Twitter has largely replaced blog comments when it comes to sports discussions, but for women, not much has changed. Those of us who dare invade this mostly male space are generally accepted, but there remains a vocal minority committed to forcing women out and rolling things back to the good ol' days, when women talked about recipes and PTA meetings and shoes. (Is that what they talked about? I’m guessing here.) Unfortunately for these “meninists,” an entire generation grew up as the daughters of Title IX, with progressive fathers and kick-ass mothers who took us to football games, played one-on-one with us in the driveway, and taught us how to throw a fastball. (Sports Illustrated)

Grace under fire: Women in media shouldn't have to 'ignore' abuse — Usually when I see a threat or insult online, I simply block the user and move on. I don't share it, I don't respond to it and I don't give it much thought. After years of working in the sports industry, I've grown accustomed to being insulted and threatened for something as simple as an opinion on a player or a game. But sometimes, if I'm feeling feisty, or angry, or bored, or sick and tired of reading this stuff over and over again, I'll respond. (ESPN)

Is Technology To Blame For Threats Against Female Journalists? —Many people chose not to understand the difference between trash-talking and the abuse hurled at women, which tends to be gendered, reference historic discrimination, and leverage legitimate threats. Online threats of stalking and rape are easier to dismiss as “just words” if rape or avoiding being raped doesn’t shape your passage through life as it does most women’s.  Like Sara Spain, and one out of five women, Judd is a survivor of sexual assault. (Dame Magazine)

Social Media, Where Sports Fans Congregate and Misogyny Runs Amok — "Within our small sorority, we female sports journalists don’t talk about these written assaults much. We all know that they exist and that they’ll just keep coming, as if it’s part of the job description. 'Men get mean comments, too, but I think the context of it is quite different for women,' Spain said. 'It’s not just, like, ‘You’re an idiot, and I’m mad at you for your opinion.’ It’s: ‘I hate you because you are in a space that I don’t want you in. I come to sports to get away from women. Why don’t you take your top off and just make me lunch?’" (New York Times)