He made waves going after Paula Deen for using the n-word. Now, black culinary historian Michael Twitty is talking slavery and Southern food.

For many, southern food is celebrated as a kind of comfort food. Cornbread and beans and happiness. Black-eyed peas and soul. For African-American cook and cultural historian Michael Twitty, it’s a comfort and a discomfort. He cooks and celebrates it with eyes and taste buds wide open to all the history there. The history of his own slave ancestors and white ancestors and his full understanding of how this food came to be. This hour On Point: Michael Twitty on the full story in southern food. -- Tom Ashbrook

Michael Twitty, author of, "The Cooking Gene: A Journey Through African-American Culinary History in the Old South." Creator of Afroculinaria, a blog devoted to African-American historic foodways and their legacy. (@KosherSoul)

National Geographic: Who Owns Southern Food? — "It is well documented that one of the significant jobs of the house slaves was to prepare the meals for the master, his family and his guests. Many of the recipes that have been passed down for generations in both black and white families and are the backbone of Southern cooking were born out of slavery. It is not the content of the recipes that is missing, but the context."

New York Times: Hearty Helpings From Three Culinary Histories — "Twitty is a culinary historian who cooks traditional antebellum meals and dresses the part: 'They call this a costume but it is my transformative historical drag; I wear a dusting of pot rust, red clay and the ghost smells of meals past.' After he researches his own genetic makeup, he feels he has come into his own as an 'obsessive cook with compulsive genealogist tendencies who can point to a map of Africa, Europe, North America, and with it, the South, and guide you on trade winds to tidal creeks leading to ports, leading to roads and to plantations and more roads and more plantations to cities.' His account of that journey tends to be a little breathless. 'It’s exhausting,' he writes, 'but necessary.'"

Garden & Gun: Michael Twitty: The Antebellum Chef — "A teacher, writer, cook, culinary historian, historical interpreter, at thirty-six, Michael Twitty is a man of many parts. The more you learn about him, the more his complications seem to sprout complications. Yet he embodies them all with a certain protean gravity. 'I am large, I contain multitudes,' Walt Whitman once wrote. Could the bard have anticipated Twitty? This big, healthy, good-looking, robust, heavy-footed, pirate-bearded brown bear of a man. Gifted with gab, he is a natural communicator who is not afraid to use all his voices."

Read An Excerpt From "The Cooking Gene" 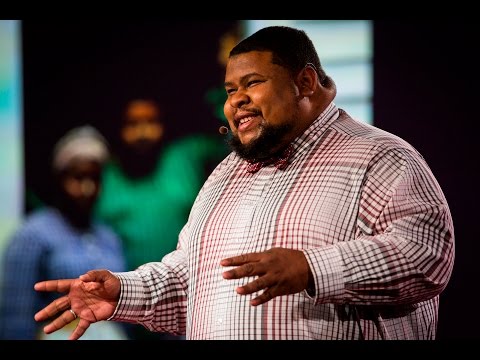