Disturbing stories this summer about white people calling the police on black people for cutting the grass or using the swimming pool. What’s going on? 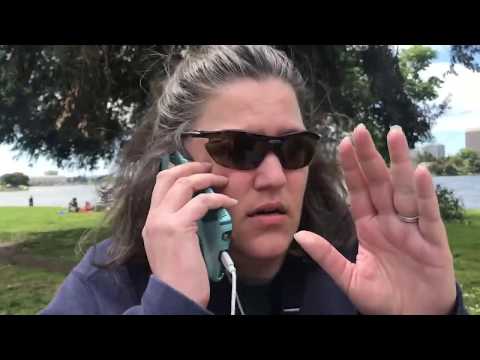 Rochelle Riley, columnist at the Detroit Free Press and author of "The Burden: African Americans and the Enduring Impact of Slavery." (@rochelleriley)

Rochelle Riley: "For anyone who has been frustrated by the proliferation of cellphones and the fact that people can't seem to keep their noses out of their hands, and we're not really talking to each other, the upside is that we really are having an opportunity to reveal just how much dissension and how much hatefulness, and how many times there are these types of acts that are going on. They have been happening, and they're not new. What's new is the revelation of them. What's new is that people are actually seeing them. So for folks who would say — and I talk to some folks like that each week — 'racism is not as bad as it used to be, and we shouldn't talk about it so it should go away' — it's as bad as ever, and if we don't start talking about it and dealing with it, it's only going to get worse. Because people are feeling empowered to act on their hatefulness in a way that this country hasn't seen for a long time."

On the roots of these incidents

Steven Brown: "I think what we're seeing today with #LivingWhileBlack, with the police being called on people going just about their daily lives, stems from a long history of discrimination and residential segregation. Going back to Jim Crow and redlining, I think we have long put restraints, both formal and informal, on where people could go and what activities they could engage in. And I think what we're seeing today are what I would call the social side effects of segregation. Though I think the socioeconomic effects of segregation are well-known — they're numerous and profound — segregation also separates us socially in all kinds of ways, big and small. I think what we're seeing here is actually less about criminal justice and more about a sense of entitlement over physical space and who can be where."

One listener's experience with this

On Point caller Jay from Miami: "I have countless instances of things that happen to me by regular, ordinary people and by police officers just for walking while black, driving while black. But one instance in particular out of the countless was when I was going to the University of Miami and pulled up to the guard gate to drop off my girlfriend who was fair-skinned, Argentinian and Caucasian mix. And I had a police officer knock on my window with their weapon drawn and ask me to roll the window down, and had the gun literally inches from my face, and asked my girlfriend, 'Ma'am are you OK?' Just seeing a gun in your face, and at first we didn't even know it was an officer. We were stuck at the guard gate. When she figured out that the officer was asking because of her condition, because she was white and I was black, she went off. And that's the state that we're in. It's insane."

Detroit Free Press: "Riley: Calling cops on people because of race should be a crime" — "The incidents are now coming fast and furiously. A retired Michigan firefighter fires a 12-gauge shotgun at a 14-year-old who got lost on his way to school. A manager at a Pennsylvania Starbucks calls the police on two black men whose crime is sitting and waiting for a friend. An LA Fitness manager in New Jersey calls the police after falsely accusing a gym member of not paying to work out. Now, a white parent on a Colorado college tour called campus police because two Native American teenagers made her nervous."

The Guardian: "The policing of black Americans is racial harassment funded by the state" — "The rap group Public Enemy famously stated that “911 is a joke”. But that was in 1990. These days 911 is dead serious. Anyone in the United States can dial those three numbers and summon people with guns and handcuffs to participate in their anti-black paranoia. It’s racial harassment, sponsored by the government and supported by tax dollars."

Vox: "Why white people keep calling the cops on black Americans" — "Many other Americans are waking up to the reality that white people have the power to turn minor disputes, or their own anxiety, into interventions by the police (which is hardly news in the black community). Such incidents keep making news, including a white student at Yale calling police officers on a black student who had nodded off in a common area and a white woman in Oakland calling the police on a black family barbecuing in a part of a park that allowed barbecuing. (Three years ago at Yale, a campus police officer pulled a gun on a black student — the son of a prominent New York Times columnist — who was casually walking through campus.)"

Rolling Stone: "Why White Women Keep Calling the Cops on Black People" — "When questioned, the women argued that the matter had nothing to do with race. Yet, their insistence upon police intervention in minor affairs amounts to more than a simple case of tattle-taling – it’s putting black lives at risk. White women have weaponized their fear and discomfort in otherwise peaceful situations for centuries. An examination of their role in enforcing racial segregation and the lies some women spin to maintain innocence while controlling black movement has become increasingly urgent."

The Undefeated: "Shaming white people might stop some of them from calling 911 on us" — "That incident, like the others, reveals how some white folk imagine the police as their protectors from the unwanted presence of black people, that the cops partially serve as guardians of their right to their white enclave. In that vein, the white woman from Oakland told her black victims that 'she knows her rights, that the rights state if she tells the police if she has a problem with us, then we are going to go to jail.' This statement provides a window into the soul of many white folk, exposing a disturbing image that lays bare the idea that police should detain any black person whose mere existence causes them discomfort."

They were shopping for clothes, napping in a dorm lounge, playing golf. And somebody called the police. They were guests at a community pool, and one woman called the police, threatened them, even hit one of them. The common thread in all these stories: white people calling the cops on black people just living their lives. Sadly, it’s nothing new. We’re just suddenly seeing it on all those videos gone viral.

This hour, On Point: #LivingWhileBlack.

This article was originally published on July 19, 2018.