Award-winning chef and writer Samin Nosrat, on the fundamentals of great food. She wants her Netflix series to change the face of cooking shows. 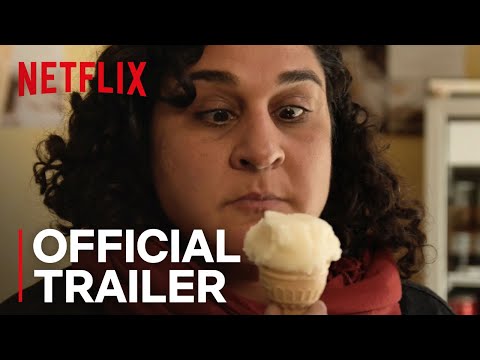 This is my ragù recipe, adapted from years of cooking Benedetta's ragù, so while it's a little bit different than what you'll see on the show, it's well-tested and beloved by me.

For the but (meatballs):

For the onion curtido (pickle):

New York Times: "Delicious Doesn’t Always Mean Pretty" — "I’m still not sure precisely why, but a couple of months ago I decided I wanted to come up with a chicken recipe that would go viral on social media.

"O.K., fine. I do know why. I was just too embarrassed to admit it outright: I was jealous of the New Yorker food correspondent Helen Rosner’s blow-dryer roast chicken. And every recipe the Times food columnist Alison Roman has ever written. So I wanted to throw my hat into the ring. With a chicken recipe. Because everyone (besides vegetarians, I guess) likes chicken, right?

"I know that you can’t make magic on demand (or at least I can’t) and that it’s impossible to predict what will take a recipe viral on the internet, but there do seem to be a few cardinal rules. First, there needs to be a hook — something unexpected, or clever, like using a blow-dryer to dry out chicken skin so that the bird emerges from the oven with 'shatteringly crispy skin.' But also, ingredients can’t be too exotic or unfamiliar. Roman, for example, is widely known for her salted chocolate-chunk shortbread, a chocolate-chip-cookie variation now simply referred to as “the Cookie” by pretty much everyone who has ever been on Instagram. The last rule is pretty obvious: The recipe needs to yield photogenic food. In other words, nothing too brown or mushy. Bonus points for rainbow sprinkles, though probably not on chicken."

Eater: "Samin Nosrat Turned Her TV Dream Into a Reality With Netflix’s ‘Salt, Fat, Acid, Heat’" — "After writing one of the seminal food books of the last decade, author Samin Nosrat is now expanding her quest to uncover the roots of deliciousness into a new Netflix series premiering this Thursday, October 11.

"Just like the book of the same name, Salt, Fat, Acid, Heat explores the science behind essential cooking techniques, with information about how to apply these lessons in your home kitchen. Travel is also a key component of the new series, with Nosrat visiting some of the world’s greatest food destinations to learn from artisans, chefs, and home cooks. The fourth episode, 'Heat,' features a stopover at Chez Panisse, the Berkeley, California, institution where Nosrat started her cooking career. Although the San Diego-born, Iranian-American chef is a relative newcomer to the world of television — she appeared in one episode of the Michael Pollan docuseries Cooked — Nosrat quickly earned a reputation among the production crew for being a 'natural' on camera.

"Eater recently caught up with Nosrat to talk about the journey from page to screen and her thoughts on the future of Salt, Fat, Acid, Heat."

The Guardian: "Messy kitchens and bada-- ladies: how Samin Nosrat will change the face of TV cooking shows" — "Peanut butter and jam, an expensive alpaca jumpsuit, fruit trees and wooden spoons are just a few things on Samin Nosrat’s 12-page list of things she loves. The food writer and soon-to-be television star is talking about the process of making Salt Fat Acid Heat – the Netflix adaptation of her James Beard-award-winning cookbook of the same name, which airs next week – and tells me that the director set her the task of writing the list to capture Nosrat’s life as a kind of collage.

"'She told me: "We want this show because of you, because you’re this lovable, imperfect person who wears Birkenstocks and overalls, who lives in a messy house, whose kitchen isn’t always clean." They didn’t want me in spite of this stuff, they wanted me because of it,' she says.

"We are sitting in a cafe in the so-called 'gourmet ghetto' of Berkeley, California – Nosrat’s adoptive home since she came here for college in the late 90s. The child of Iranian immigrants, she grew up in San Diego. Her objectives for the show, she says, were to build on those of her book: to arm anyone with the resources necessary to put together good, highly flavoured food."