We kick off this year’s Tribeca Film Festival with the festival's co-creator, Hollywood producer Jane Rosenthal.

Jane Rosenthal, film and TV producer, and co-founder and CEO of the Tribeca Film Festival. (@janetribeca)

Marshall Curry, Academy Award-nominated filmmaker. His film showing at the festival is "The Neighbors' Window." (@marshallcurry) 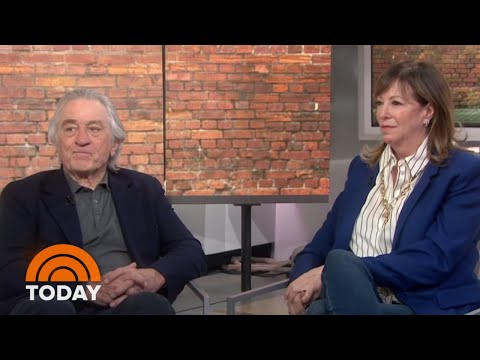 Marketplace: "Jane Rosenthal is a film producer with a side gig as a CEO of the Tribeca Film Festival" — "Running the Tribeca Film Festival is Jane Rosenthal’s side hustle. Rosenthal co-founded it with her producing partner, Robert De Niro, in the aftermath of 9/11 when few visitors wanted to make their way downtown. Her more than 50 credits include movies like 'Meet the Parents,' 'Bohemian Rhapsody' and the upcoming Martin Scorsese directed crime drama 'The Irishman,' which will be released by Netflix later this year. She talked with us about why she doesn’t like the word 'content,' what she does like about video games and why she’s excited for the way Netflix has disrupted the movie business."

Reuters: "Jane Rosenthal lives life on the Hollywood high wire" — "Movie producers do not turn into household names as often as actors and directors, but Jane Rosenthal leapt to that level, and not just for her feature film projects.

"Perhaps her best-known project is New York City’s Tribeca Film Festival, which she co-founded in 2002 with the aim of bringing people back to lower Manhattan and healing the many wounds of 9/11.

"The famed producer is also known for her longtime partnership with actor Robert De Niro, a union which has produced franchises like 'Meet the Parents' and 'Analyze This,' as well as the recent HBO film 'The Wizard of Lies,' about Wall Street ponzi schemer Bernie Madoff.

"With this year’s Tribeca Film Festival kicking off April 18, Rosenthal spoke with Reuters Money for the latest in our 'Life Lessons' series, to talk about life on the Hollywood high wire."