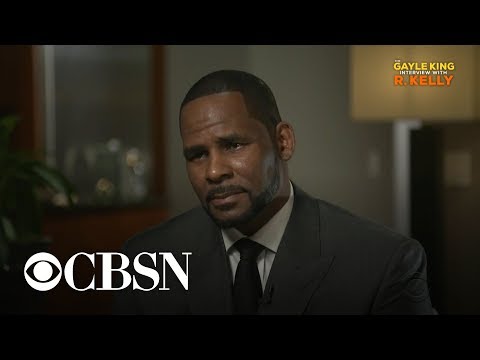 CBS News: "Gayle King honored with Time 100 cover: 'I am so humbled'" — "Time is revealing its list of the 100 most influential people in the world, including our very own 'CBS This Morning' co-host Gayle King.

"'I am so humbled,' King said Wednesday on 'CBS This Morning.'

"When she first heard the news, King said she asked, 'Are you sure?'

"Filmmaker Ava DuVernay wrote the tribute to King, calling her 'one of the all-time great broadcast interviewers.'

"'What most don't understand about Gayle is that this perfected proximity to others is a superpower that the best journalists possess. To be present, but not centered. To observe. To bear witness. Gayle has long honed this craft,' DuVernay wrote."

CBS News: "New 'CBS This Morning' co-hosts tell Stephen Colbert: 'It's a new chapter'" — "'CBS This Morning' is starting a 'new chapter' with new co-hosts Anthony Mason and Tony Dokoupil joining Gayle King at the table, but longtime viewers like Stephen Colbert don't have to worry: 'It's still going to be the same show,' King said. The new co-hosts joined Colbert on 'The Late Show' on Tuesday night, telling him they are still dedicated to bringing the news each morning.

"King, Mason and Dokoupil said they are getting to know each other — 'in a good way,' King said — ahead of their first show together on Monday, May 20 at 7 a.m. But King assured Colbert and other longtime viewers 'we're not strangers to each other.'

"King said that when she met with CBS News president Susan Zirinsky — who King called a 'badass' — she was worried they would be 'starting from scratch,' but Zirinsky assured her the core and the 'bones' of the show would be staying the same."

O'Donnell, who's been a co-anchor of the broadcast since 2012, is joining 'CBS Evening News,' as the anchor and managing editor, replacing Jeff Glor. In addition, she will serve as lead anchor for political events and contribute to '60 Minutes,' CBS News said.

"'CBS Evening News with Norah O'Donnell' will kick off this summer in New York before relocating to Washington this fall.

"'Jeff Glor as we all know is a fantastic journalist and trusted colleague here,' Gayle King said on Monday's 'CBS This Morning,' mentioning his 'award-winning' reporting. 'His conversation, you should know, with CBS News (continues). We all hope very much that he will continue working here. It will be his decision.' "