Part 2 of our special four-week Election Ballot Debate Series, hosted along with UMass Boston and The Boston Globe.

We discuss ballot Question 3, which proposes banning the sale in Massachusetts of meat or eggs from hens, calves and pigs that are confined in a way that prevents them from moving around.

We asked the two groups involved in this issue to offer their representative to participate in this debate.

Miss the debate? You can listen to it atop this post or rewatch the live stream video below: 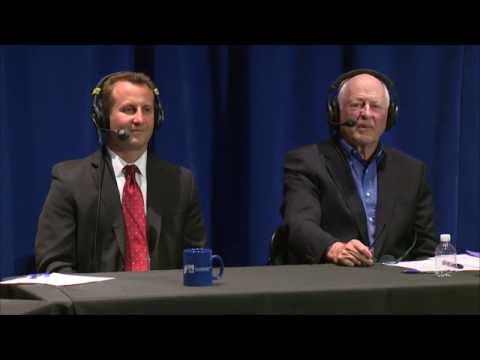 Bill Bell, general manager of the New England Brown Egg Council. No formal ballot committee has been formed in opposition to Question 3, but the council drafted the main opposition argument for the Secretary of State's Voter Guide.

--Tuesday, Sept. 27 – Question 1: would allow for an additional slots parlor
--Tuesday, Oct. 4 – Question 4: would legalize the recreational use of marijuana

--Tuesday, Sept. 13 - Question 2: would allow the approval up to 12 charter schools each year

This article was originally published on September 20, 2016.