Jonathan Wolff is the man behind many of your favorite TV themes, from "Seinfeld" to "Will & Grace" to "Caroline in the City." In total, he's composed for 75 prime-time network TV series, including the theme music for 44 of those.

Wolff's been touring colleges and universities in the Greater Boston area this week, talking about the craft. He retired in 2005. We spoke to him at the Berklee College of Music in advance of a talk to students. 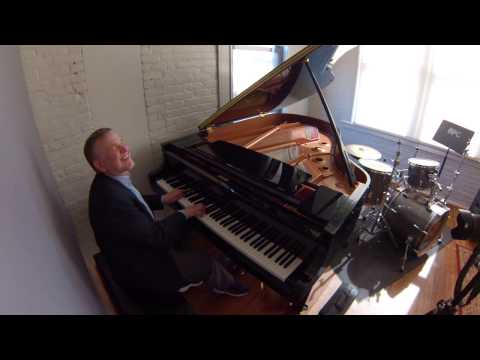 On how he met Jerry Seinfield

"Jerry Seinfeld, in real life, has a best friend named George. It's George Wallace, my buddy, and just [was] complaining to his friend George about the music for his new show. George says, 'Oh, you've got to call my buddy, Jonathan Wolff.'

"So, I get this phone call from Jerry Seinfeld and he describes to me the opening for his new show, at the time it was called 'The Seinfeld Chronicles.' The opening would be Jerry Seinfeld standing at a microphone, he tells jokes to the crowd, they laugh and, in addition to that, he wanted theme music to go with the monologues."

On the birth of the Seinfeld theme

"At the time, late 1980s, the music was melodic, a lot of sassy saxophones and silly lyrics. So I told Jerry, 'How about this, let's start with the organic human nature of my tongue and lips and finger snaps' ... and I had his attention.

"[I told him] we're going to use a slap bass. I mean, this theme is 98 percent sound design and 2 percent music. So basic, so sophomoric, so simple, it would be a bespoke arrangement of it for each monologue to fit the timings of his jokes and the length of the monologue ... then I could hold for his jokes hold for laughs … In this way, I could work around the audio of his voice."

On his favorite theme song

"I don't really have a favorite theme song. I know my family prefers the ones that made us money, 'Seinfeld' and 'Will and Grace,' but most of them were for shows that did not succeed. [I wrote for] 75 shows but, if you look at the list of them … you'll say 'Wow, I've never heard of most of these shows' … And each one of those disaster sites, I was hoping for another hit show. But mostly I just kissed another frog which exploded."

On why he doesn't compose anymore

"It's somebody else's turn. I'm going to meet at Berklee College and Boston Conservatory at Berklee College and later New England Conservatory with young, hot, strong, smart music creators. I'm going to share with them the locations of those landmines I stepped on so maybe they won't have to make the same mistakes that I did. But, it's their turn."

This article was originally published on March 10, 2017.