Comedian and Massachusetts native Pete Holmes isn't afraid to lay it all out there. His HBO show "Crashing," which recently wrapped up its third and final season, explored his life in New York City, navigating a divorce and a comedy career that was just barely getting off the ground.

In his memoir, "Comedy Sex God," Holmes goes into even more depth about his childhood in a religious household in Massachusetts.

He also writes about dealing with religion and sexuality at Gordon College and a summer job spent re-enacting the Salem Witch Trails.

You can livestream a video of the interview on Radio Boston's Facebook page.

Watch a brief segment from his CitySpace appearance. A warning that his language may be inappropriate for some viewers. 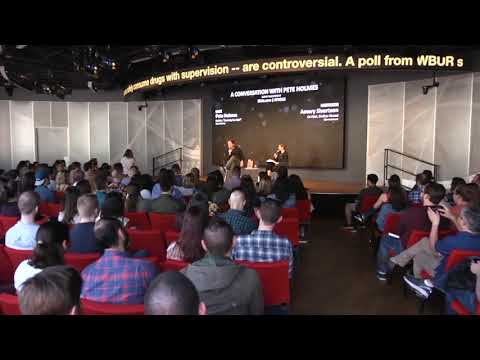