The heart-wrenching photograph of the young Syrian boy who drowned and washed ashore in Turkey gave a human face to the plight of refugees fleeing the horrific battle zones of the Middle East and North Africa. Accomplishing what thousands of news reports and images over the last few years could not, the single picture of Aylan Kurdi’s limp body finally forced the West, particularly Europe, to see vividly the suffering of a previously faceless people. It finally brought home the horror that is visited upon Syrians every day, and made it ever more difficult for Europe’s leaders to turn away and do nothing.

But why did that particular image spark such outrage and empathy when in 2014 alone 3,500 children died in Syria, an average of more than nine children per day?

Because when it comes to empathy, context and proximity matter. Seeing the lifeless body of a child, wearing sneakers your own young child might wear, reminded us that he could have belonged to any one of us. Aylan Kurdi personified the suffering of Syrians in a way that images of bombed-out buildings in Aleppo could not.

Aylan Kurdi personified the suffering of Syrians in a way that images of bombed-out buildings in Aleppo could not.

While the global response to that photo may have humanized the plight of Syrian refugees, the reality of empathy is far more complex. Empathy is an emotional and cognitive process that we all share. It is the product of a number of neural networks that scientists are still seeking to understand. Too often, we think of it as an unalloyed force for good. We talk about promoting, encouraging, and developing it, but the fact is that empathy can be used for good or harm, depending on who deploys it and for what purpose.

Empathy is expressed in many ways — it can be sharing in the pain for the suffering of others, it can be understanding the thoughts of those around you, or it can be a powerful motivator for altruism. Empathy can be intentional or it can be an unconscious response. Sometimes we have to modulate its use so as not to emotionally exhaust ourselves, as health professionals know well. Empathy is something we can turn on or off, but sometimes our capacity to manage it is overwhelmed by certain triggers we simply cannot avoid, as the response to the picture of Aylan Kurdi demonstrates.

What led the Kurdi family to flee Syria and seek refuge in Europe was the ISIS siege of Kobane and the subsequent destruction of that city. The horrific civil war in Syria has enabled the rise of ISIS and led to the displacement of over 4 million Syrians, according to the UNHCR. Much of the analysis and coverage about the rise of ISIS and their recruitment explains their success through the attraction of Jihad for Muslim fundamentalists or the disaffection of young Muslims in Europe. But that alone doesn’t explain it.

Researchers in China have shown that oxytocin — a hormone that reliably increases empathy and trust, can simultaneously decrease our neural response to the suffering of those who don’t look like us. In other words, heightened feelings of empathy towards our in-group are often matched by a decrease in empathy towards those we deem to be different.

empathy can be used for good or harm, depending on who deploys it and for what purpose.

What we are seeing happen in Iraq and Syria is precisely this phenomenon. The leadership of ISIS is manipulating the powerful experience of empathy to recruit thousands of young Sunni men and women to kill, behead, torture, and rape those who are not Sunnis obedient to their cause.

ISIS recruits have acted on their empathy, with horrific consequences for human lives and the stability of the Middle East and Europe. Their sense of altruism for the suffering of fellow Sunnis led in part to the displacement and drowning of Aylan Kurdi and most of his family.

Empathy is a powerful emotion that can be abused. But in my 25 years of conflict resolution work around the world, I have also witnessed countless individuals transcend division and intense hatred of others to see themselves in another person — which is the essence of empathy. What happened on that beach in Turkey collapsed the distance between the world and the suffering of Syrians. The challenge we now face is to keep that humanity in mind as we work to alleviate the plight of refugees, and end the violence that upended their lives in the first place. 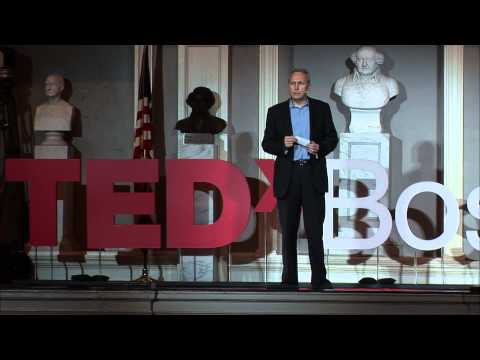 Timothy Phillips Cognoscenti contributor
Timothy Phillips is founder and CEO of Beyond Conflict, an international organization that advocates for peace and reconciliation.