At the onset of our medical careers we made an oath to you, those who may one day stand before us as patients. The oath is simple: do no harm. With these words, we vowed to make decisions placing you first. We vowed to protect you from all forms of disease, including injustice.

Today, we write to you as medical students with fears of our own. That’s because, in addition to being future doctors, we are undocumented Americans. The uncertainty surrounding our status has become magnified with the rescindment of the Deferred Action for Childhood Arrivals (DACA) program. To remain silent on this issue is to counter the role we have to advocate for ourselves and, more importantly, the patients we serve. 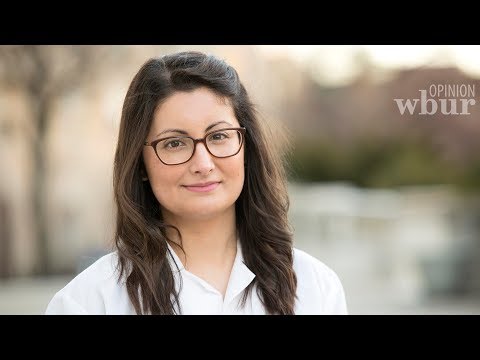 After high school, undocumented students face two main challenges: finding institutions that will consider us for admission and identifying resources for tuition. Despite having been raised in the United States and living here most of our lives, many institutions consider us to be international students. This results in out-of-state and international student tuition fees when we already do not qualify for federal or state financial aid. Even when we have performed well academically, institutional merit-based funding is commonly not available. Instead, funding may be provided by nonprofit organizations and small foundations that may only offer partial financial support. Some students seek private loans, but lack of access to a cosigner makes this option nearly impossible. Undeterred by these obstacles, undocumented students have graduated from college and earned positions in medical schools across the nation.

Today, there are about 100 DACA medical students in the United States, ourselves included. This is a critical time: Our country faces a shortage of about 100,000 physicians by 2025 across all specialties. Since medical education requires all doctors to complete residency for specialized training and full licensing accreditation, DACA medical students face tremendous uncertainty if they lack work authorization. Without DACA, there is no possibility of continuing the natural progression of medical training. Years of hard work would be thrown away — a training truncated. DACA students will not be the only Americans to suffer from this. The communities we hope to serve will also be affected: your neighbors, your family, your friends, and even you.

In this period of acute need for trained doctors, the contributions that undocumented youth can make are substantial. Based on enrollment rates to undergraduate education — and later entry into medical school — it is estimated that DACA students in this country can contribute a new physician workforce of 5,400 doctors in the coming decades. Since more than 90 percent of DACA recipients are Latinos, they can help diversify the physician pool and increase the number of underrepresented doctors in the U.S.

With an impending decision from Congress, we ask you to reflect on the contributions we can make, but also remember our humanity.

Despite the meaningful impact made by medical students, we would be remiss to not recognize the contributions of other DACA students. There are teachers, engineers, cancer researchers, soldiers, and other honest, hard-working DACA recipients devoting so much of themselves to this country. In fact, 91 percent of DACA recipients today are estimated to be actively employed — that’s over 600,000 individuals who add to the labor force and pay income taxes. Thus, President Trump’s decision to rescind DACA also negatively affects our economy. If Congress does not provide a permanent solution with a path to citizenship, the United States stands to lose approximately $460 billion over the next 10 years.

With an impending decision from Congress, we ask you to reflect on the contributions we can make, but also remember our humanity. At its core, this is a human issue perverted by anti-immigrant rhetoric. We have seen the frailty of DACA as an executive order; already, 122 DACA students a day lose their permits, leaving them in a state of limbo. How much longer until we are not viewed as enemies or criminals? Most of our lives we have lived in an incredibly limited system where we have been grateful for all the opportunities that have come our way. In return, we ask to be valued for the good we have done and will do, to be treated with equality and respect, and to be recognized as the Americans we are and will continue to be.

Dalia Larios is a fourth-year medical student at Harvard Medical School. Born in Mexico, her family moved to Arizona when she was 10. She is pursuing a career as a cardiothoracic surgeon.

Blanca Morales is a second-year medical student at Harvard Medical School. Born in Mexico, she came to Southern California at age 5. She hopes to be a primary care physician.

Alma Oñate is a second-year medical student at Harvard Medical School. Born in Mexico, she came to Ohio at the age of 8. She is hoping to pursue primary care.

Anthony Tucker-Bartley is a first-year medical student at Harvard Medical School. Born in Jamaica, his family moved to New Jersey when he was 7. Anthony is interested in pursuing a career in cardiology or cardiothoracic surgery.