Elizabeth Warren is one of the most qualified contenders for the presidency. Her signature achievement — the Consumer Financial Protection Bureau — was created in 2011 to safeguard American consumers against some of the financial losses they suffered in the mortgage crisis and great recession. Warren has also proven herself a politician who can get along with the establishment (when necessary) without compromising the bolder egalitarian ideologies that define her politics. She’s a reliable advocate for populist ideas like Medicare For All and redistributive economic reform, and she’s kind of a policy wonk too.

If you haven’t seen Warren’s recent “announcement” video, which is a teaser for her likely 2020 campaign, I recommend watching it now. It’s an incisive, clear statement about what “President Warren” would prioritize — giving wealth and capital back to ordinary people. 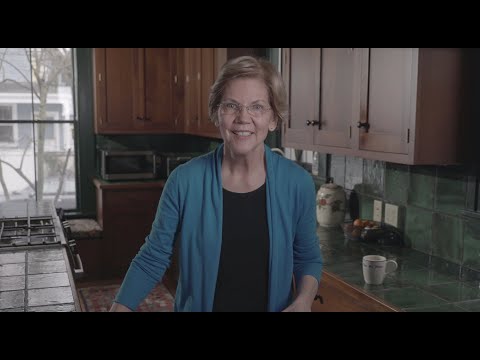 “Billionaires and corporations decided they wanted more of the pie,” Warren explains in the video, describing how stagnant wages and plutocratic taxation structures have decimated middle-class familial wealth — especially for families of color. This is unusually combative rhetoric to hear from a Democratic politician. The standard course for Democrats these days is to talk in vaguer, more flowery terms about polarization and how we all need to come together. But Warren isn’t having any of that. The senator identifies the very wealthy as antagonists and leaves them with a foreboding campaign message — if I win, get ready to pay.

Warren won’t win the endorsement of the Hamptons crowd, but the real problem is that her redistributive capitalism pitch will also repel upper middle-class Democratic voters who identify as socially liberal and fiscally moderate. When the implications of Elizabeth Warren’s platform become clear — the capital gains taxes, the increased marginal tax rates for the top earners, etc. — a portion of the Democratic electorate will abandon Warren for a more moderate 2020 contender.

Elizabeth Warren is facing the same hurdle that Ayanna Pressley had to vault when she challenged Mike Capuano last year. To win the primary and compete with Donald Trump for the presidency, Warren needs to convert a lot of non-voters into Democratic voters. She has to mount a 2020 campaign that expands the Democratic electorate and ultimately steers the party to the left. And while this sounds challenging, Pressley and her peers — such as New York’s Alexandria Ocasio-Cortez and Minnesota’s Ilhan Omar — have demonstrated how this can be done.

First and foremost, Warren must decide which audience she’s speaking to. That might seem obvious but it’s a real challenge that hamstrings politicians who try to speak to everyone, only to come off sounding insincere and untrustworthy. The Democrats are still arguing over whether the best course for 2020 is moderate bipartisanship with swing voters or surging leftward and firing up the party’s younger, more racially diverse constituency. Warren already appears to have decided that the latter demographic will be her primary audience. If that’s the case, then she’s in for a hurricane of criticism from public figures who are dismissive of leftism — if not outright hostile toward it.

As soon as this storm hits — actually, it’s already beginning — the best thing that Warren can do is double down and further flesh out how exactly she’ll redistribute wealth to Americans who’ve been living on the margins of our economy.

Elizabeth Warren is facing the same hurdle that Ayanna Pressley had to vault when she challenged Mike Capuano last year.

The chaos that this would sow in the media landscape is comparable to what happened after the race between Ocasio-Cortez and Joe Crowley. The media initially ignored Ocasio-Cortez but once the self-described Democratic Socialist achieved notoriety and started talking about housing and jobs as human rights, the media went nuts. This technique is called moving the Overton Window — when you expand the margins of what qualifies as appropriate discourse by introducing ideas that offend conventional sensibilities and “wake up” oft-ignored audiences.

So who would Warren speak to by being the 2020 candidate who moved the Overton Window? She’d be speaking to the millions of voters who’ve given up on both big parties on the basis that most politicians are bought by the wealthy (an idea that’s not unfounded). She’d be speaking to voters who believe that politicians exist in a rarefied universe where the concerns of ordinary people barely register. (Again, this isn’t far off from reality.) Politicians do tend to insulate themselves from the ground reality that we the people experience.

So for someone like Warren to come out and say, “I’m going to make ordinary people wealthier, at the expense of billionaires and corporations,” signals that something is changing.

That sensation — that the ground is finally shifting — is what propelled a historic number of women and people of color into public office last November. It’s the realization that turned non-voters into first-time voters during those midterm elections. And if Warren has the conviction and courage to take her message to the audiences who need economic parity the most, and to stand her ground when the establishment tells her to tone down the rhetoric, two things will likely happen.

Elizabeth Warren will be the Democratic nominee for president, and the Democratic Party — which will have grown considerably — will be better off for it.