The 16-year-old Guatemalan boy was diagnosed by a nurse practitioner at McAllen’s immigrant detention center: an overcrowded processing facility where, according to an immigration lawyer whose clients have been held there, “basic hygiene doesn’t exist.” After his medical examination, Vasquez was transferred to a shared cell at a different holding facility. In a press release, a Border Patrol spokesperson explained that guards checked on Vasquez throughout the night.

In the morning, he was found dead.

But a video obtained by ProPublica last week revealed that it wasn’t the Border Patrol guards who discovered Vasquez’s lifeless body — it was his cellmate. Furthermore, the video negates Border Patrol’s claim that Vasquez was closely monitored by guards. One can observe Vasquez struggle to make his way to the toilet, only to crumple to the floor, where he remained for the last moments of his life. None of this prompted Border Patrol to transfer Vasquez to a hospital. It's unclear whether anyone was even paying attention. Instead, he was left to die in a shared cell.

Vasquez is one of several immigrant children who have died in U.S. detention centers since the beginning of 2019. This follows roughly 10 years in which no minor deaths were recorded by U.S. Customs and Border Patrol. A chilling pattern has begun to emerge. As immigrants are taken into custody en masse, children who’ve been suffering from health ailments (often the result of their arduous journey) are examined by medical staff at detention facilities. These children are placed back in indefinite detention and deprived of things like clean clothes and even basic toiletries. Then, a child turns up dead, CBP feigns ignorance, and no one holds the agency accountable. 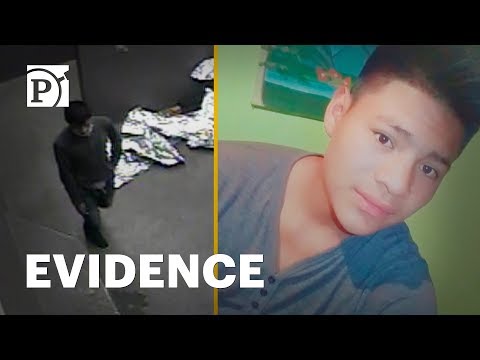 Mass immigrant detention didn’t begin when Donald Trump took the oath of office. It must be said that the Obama administration actually exceeded Trump when it came to deportations. This is what Trump apologists will often point to in the face of criticism of his immigration policy. But they are missing a vital distinction. Under Trump’s leadership, deportation rates have waned, but our immigration detention centers have become significantly — and dangerously — more crowded.

Just last week, the Washington Post reported the number of pregnant women detained at immigration centers has surged by more than 50% since Trump took office. Prior to his first term, our de facto policy was to not detain expectant mothers, for the good of their health. And just last month, the Associated Press confirmed that we are now holding a record-high number of immigrant children in custody — an unprecedented 69,550 kids. It’s safe to assume that since November, more children have been taken.

Putting aside the moral murkiness of rounding up people and jettisoning them back to their home countries no matter the circumstances, some might find it disturbing that Trump is holding these people in cages. In fact, Trump has been trying to erase rules that once limited the amount of time that U.S. government could keep migrants locked up. But this only seems odd or illogical if you assume that Trump’s endgame here is to simply beat his predecessor when it comes to deportations. When you remember that there are other ways to “purge” the country of people who are undesired, Trump’s policy of stuffing human beings into prison facilities — including sick humans — makes a kind of macabre sense.

It’s impossible to reconcile the death of Carlos Gregorio Hernandez Vasquez without recalling that earlier this year, the Trump administration announced that we won’t be providing flu shots to immigrant families at border detention centers. It’s also worth remembering that Vasquez wasn’t exactly quarantined after being diagnosed with the flu. He was thrown in a cell with another detainee, whose health status is unknown. It requires more than a little credulity to believe that these are just acts of carelessness.

Our immigration policy is killing children — right here on U.S. soil. How else do you describe locking people up, in conditions where disease can fester, and denying medical treatment to those who get sick and those who are sick upon being taken into custody? It’s a policy of state-sponsored murder through passivity. It is both cruel in its dehumanization, and cowardly because this policy is designed to absolve America of responsibility for what happens in its detention centers. A kid died? They shouldn’t have tried to come here in the first place. Nothing we can do.

Except there’s so much we could do. We have some of the finest hospitals in the world. We have the medical resources to at least prevent the people who we've imprisoned from succumbing to disease. Not only are we depriving them of those resources, but most of us are just sitting back and reading the postmortem with collective sadness. Where does that leave undocumented children like Carlos Gregorio Hernandez Vasquez? And what about the detained children still at risk under these terrible conditions?

The nightmares and anxieties that pushed Americans into the streets after Trump was inaugurated are no longer hypothetical. This is who we are now. This will be our shared legacy.

The video depicting the death of Vasquez is you something you need to see to believe. It will extinguish any lingering doubts you may have. It might be Trump’s immigration policy, but it’s our paralysis that ensures more immigrant children will die in U.S. detention centers. We are the only lifeline they have.

Our failure to accept that responsibility will be felt for generations.