On Monday night, NASA successfully pulled off a feat of deep-space jujitsu. In a mission called DART (for Double Asteroid Redirection Test), astronomers flew a golf-cart-sized spacecraft at 4.1 miles per second into a smallish, 530-foot-across asteroid named Dimorphos. The goal was to knock the rock off its course.

The result? Mission accomplished. As NPR reported, “Move over, Bruce Willis: NASA crashed into an asteroid to test planetary defense.”

Threaten our planet? Get a little love-tap, Earth-style.

To be fair, that asteroid wasn’t on some ‘roid-rage mission to obliterate Earth. Dimorphos had been innocently drifting through space some 7 million miles from Earth. The DART mission was a test — a dry run for some future potential save-the-planet, endgame scenario. Now astronomers will study how much DART caused the asteroid to speed up.

Since at least Jules Verne’s “De la Terre à la Lune” (“From the Earth to the Moon”), published in 1865, we’ve been imagining traveling to the stars. After the first lunar landing in 1969, humankind could check that task off our bucket list. The Voyager crafts of the 1970s probed the far reaches of our solar system — and are now exploring interstellar space, a place never before visited by human-made devices. (Amazing, they are still ticking after 45 years in operation.) Then came landing spacecraft on Mars.

This summer, the James Webb Space Telescope was successfully deployed into deep space to beam back spectacular images of such wonders as Neptune’s Rings, the Tarantula Nebula and the Cartwheel Galaxy. We’re living in a new golden age of sci-fi-inspired astronomy.

For nerds like me, DART’s hole-in-one was a fantasy come true. We've been dreaming about blasting space rocks from the sky for decades. Sci-fi and reality have truly collided in the uncanny valley of the 21st century.

The science itself is extremely cool. DART had to travel for 10 months across space. Scientists had no picture of Dimorphos, so the 1,260-pound box-shaped spacecraft was designed to autonomously target itself, taking real-time images of the asteroid to adjust its trajectory on the fly and home in on its prey. Oh, this all happened while the DART rocketed through space at 14,760 miles per hour. Advances like these prove — once again — that if anyone is going to save humanity, it’s going to be the geeks.

I grew up in the 1970s and 1980s in a small town in New Hampshire within the orbit of Boston. Staring up at the stars was a default pastime. “Star Trek” reruns were required viewing. After school each day, I was pummeled by a UHF channel blasting the obscure cartoon "Star Blazers" into my brain. The plot of that Japanese anime series concerned an intergalactic foe attacking Earth with radiation-spewing “planet bombs.” "Star Wars: Episode V — The Empire Strikes Back" (1980) featured the Millennium Falcon flying through an asteroid field and landing on one. When C-3PO informs Han Solo of their chances of pulling off the stunt, Solo quips, "Never tell me the odds."

I also obsessively played the classic arcade video game Asteroids, where your spaceship had to crack big rocks — PEW! PEW! — into smaller ones without getting smashed to bits. Later, I watched Hollywood blockbusters such as “Armageddon” and “Deep Impact,” whose plots revolve around asteroids hurtling toward Earth and the gung-ho missions to save the planet from annihilation. Most recently, “Don’t Look Up,” about a comet on a collision course with Earth, served as a comic-cautionary tale of the human race’s ability to remain in denial of crises like climate change. 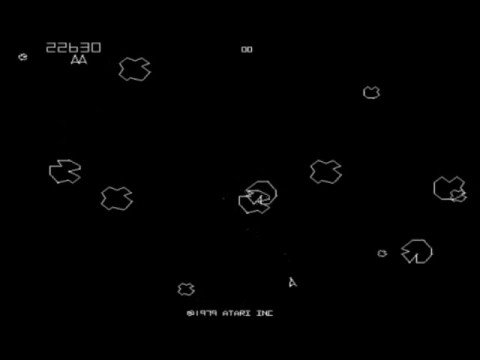 I think the appeal of these end-of-the-world scenarios, whether death delivered via space debris, or otherwise — pandemics, robots, aliens, ecological collapse, other post-apocalyptic situations — makes sense. These sci-fi stories help us work out our anxieties. This happened with groundbreaking shows such as “The Day After” and movies like “WarGames.” Both were released in 1983, at the height of the Cold War between the U.S. and Russia. I remember as a teenager that watching these dramas was cathartic and helped me process my fears of nuclear Armageddon.  Somehow, seeing fictionalized takes on how the nukes might melt the planet made the terror seem more manageable, and dispelled the danger for me.

This same effect also happened after 9/11, with a spate of movies and shows re-enacting those events. I predict a similar effect even as the COVID-19 pandemic is (hopefully) winding down. Miniseries like Station Eleven suggest that stories about viruses spreading across the planet never hit too close to home.

People want to contemplate these doomsday events in the form of fantasy and fiction to make sense of them.  Expect even more yarns about world-saving efforts from deep-space threats.

Luckily, we don’t need to worry … too much. NASA doesn’t see any asteroids headed our way to rub us out. “No known asteroid larger than 140 meters in size has a significant chance to hit Earth for the next 100 years,” says the DART team.

We humans know what is the more likely end of life on Earth: ourselves.