The criminal justice system must begin to take hate crimes seriously. I am a victim of a hate crime who spent dozens of hours cooperating with prosecutors and law enforcement officials, and testifying in legal proceedings — only to ultimately see justice denied. I am still reeling from the shock of seeing my assailants receive a slap on the wrist after hurting me because I speak Spanish. The legal system failed me. And without change, it will continue to fail future hate crime victims.

Feb. 15, 2020 changed my life and unleashed a never-ending nightmare for me and my family. On that night, two white women brutally attacked me — and my teenage daughter – for speaking Spanish. While punching, kicking and biting me, the two women yelled: “This is America! Speak English!” It took the involvement of Lawyers for Civil Rights for law enforcement to initiate an investigation and bring charges against our perpetrators.

My daughter and I collaborated with law enforcement officials each step of the way. Navigating the legal system was not easy. The process was intense and hectic, requiring a lot of paperwork and many meetings. I estimate I spent 80 hours attending meetings, court hearings, and finally a trial. My daughter missed some of her high school classes, and I missed a lot of my catering work. Time and again — in each meeting and every proceeding — we were forced to relive the trauma of the hate crime, repeatedly rehashing the excruciating details of that violent and horrific night. The most painful part was testifying in court only a few feet away from the assailants. Hearing the pain in my daughter’s voice as she testified broke my heart.

We were willing to endure this self-sacrifice and re-traumatization because we thought that would help ensure that no one else fell victim to such hate. But in the end, the legal system did not meaningfully recognize our pain and suffering. Despite video footage of the vicious attack, our assailants received only probation even after going to trial. In many ways, the failure to seriously hold our perpetrators accountable was just as bad as if we had never gone through the legal system. After patiently waiting for nearly two years before our case was set for trial, the outcome was devastating. That’s why I am still speaking out.

My family came to the U.S. because this is a country of laws — a country where the rule of law is followed — as we say in Spanish: un país de leyes. But though there are strong hate crime laws on the books, my daughter and I are now scared to speak Spanish in public. We are both hypervigilant on public transit, as if any second the nightmare will repeat itself. We don’t always feel safe even though we live in a diverse community, where different languages are a commonality. 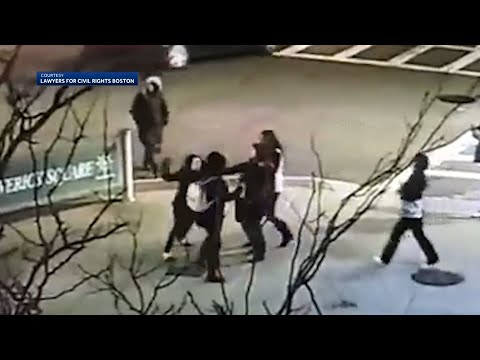 My experience is unfortunately not an isolated one. Many others in my community have experienced hate and bigotry. After this incident occurred, I received calls from people telling me that they had been victims of similar incidents, or that they knew someone who was also attacked for speaking their native language. Each time I heard these stories, my stomach tightened and churned; the thought that so many people had experienced something similar or worse was appalling.

Many of these individuals had remained silent for fear of being retaliated against or due to their immigration status. This angers me and motivates me to speak up. I refuse to let impunity be the reality for my community. I also don’t want my daughter — who is now hesitant to speak in public because of her accent — to grow up as a victim.

I want my daughter and my community to know that we can stand up for ourselves. No one should have to hide in the shadows. At the end of the day, even after the legal system largely failed us, we can still speak out. Our voice is something that no one can take from us.

Editor's note: This commentary was written in Spanish by the author and translated into English by Lawyers for Civil Rights.

Sara Vasquez Cognoscenti contributor
Sara Vasquez is an immigrant mother residing in Boston. After surviving an identity-based hate crime, she has become a fierce advocate for victims, especially in immigrant communities.