“How clergy decide where and when to wear their collars.” And the correct response is: “What is … oof.”

Now in its 39th season, “Jeopardy!” has been my favorite game show for as long as I can remember. Since premiering in 1964, the show’s innovative twist of providing answers rather than questions has captivated the imaginations of trivia aficionados everywhere, keeping contestants and viewers alike glued to their screens. So naturally when a recent move brought me to Los Angeles, acquiring tickets to a taping of the show became a top priority for this super fan. In September, that dream came true.

After successfully navigating several security checkpoints and passing a COVID test, I found myself at the door of Stage 10 on the Sony Pictures lot, mere steps away from the set. I entered as if into a cathedral, hushed and agog at the bevy of cameras and lights. The walls of the soundstage glowed their familiar electric-blue. The answer board was to my left and a trio of contestants to my right. After a quick audience warm up by “Jeopardy!” Clue Crew member Johnny McGuire, the camera boom descended and host Ken Jennings emerged on cue.

I was in hog heaven.

The two shows I saw filmed were due to air in a few weeks, courtesy of my local NBC station. But just days later, as I slipped into the corner of my couch to enjoy my nightly dose of esoterica, the show featured the Rev. David Sibley, an Episcopal priest from Walla Walla, Washington. Sibley amassed a total of $79,098 while on his five-day run, and during the first three rounds of competition, he wore a simple shirt and tie. But for his penultimate show, he emerged in a black clergy shirt and collar, a detail that sparked plenty of conversation both inside and outside the Church. 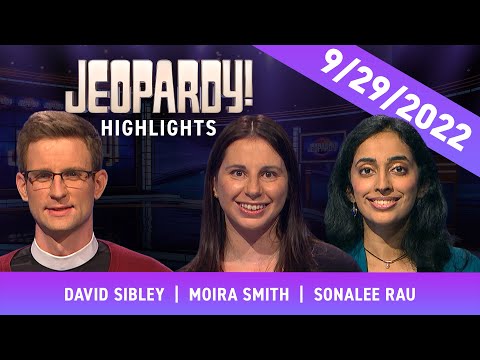 As an Episcopal priest myself, I have found making clerical wardrobe choices to be rife with complications. When I was first ordained, I made the decision to forego the traditional notched clergy collar; for me, a choice that felt decidedly male and Catholic in tone. I opted instead for the seamless ring collar, favored by many Episcopal, Methodist and Lutheran pastors, which can then be paired with a wide variety of shirt colors, save for the shade of purple reserved for bishops. I know a number of women who have made use of this broadened color palette, in an effort to soften or feminize what can still feel like very mannish attire.

I, too, briefly considered wearing something other than the standard black, but was quickly disabused of this notion by one of my male colleagues. “You’ll face plenty of pushback as a female priest,” he warned. “Don’t give your congregants any reason, even subconsciously, to question your authority. Stick with black.” As a result, my closet is now filled with ink black shirts and stark white collars. And while decidedly drab, the passage of time has proven my mentor’s insight to be spot on. Even while wearing the most conservative of clerical garb, I am often not recognized as a priest. It’s as if the combination of my gender and clothing brings about some kind of cultural short circuit. Which brings me back to “Jeopardy!”

Knowing my collar signals both my professional and personal religious affiliation, I have carefully discerned where and when to wear it. As has David Sibley.

[F]ar too often my collar feels like a barrier to the ministerial work I was ordained to do.

“There is no right answer,” Sibley mused when we chatted via Zoom, about the decision to appear in his clergy collar. “It’s an immensely personal decision and a deeply contextual one. For that fourth game, the request for my wardrobe change came from the executive producer, perhaps knowing the first round of that game would feature a religion category. At that point, I had been on for three games. People had already made up their minds whether they liked me or hated me. I didn’t think anything was lost or gained by a change of attire.”

While ultimately acquiescing to the producer’s request, Sibley had done his homework prior to packing his suitcase. He’d researched the choices made by other Episcopal clergy who had appeared as contestants. He knew the show might request he wear his collar during the competition. His choice was neither random nor knee-jerk, but made with a full understanding of the complexities at play.

And yet, had it been me, I would have done precisely the opposite.

Perhaps it is the lingering aftershock of being raised in Boston, a primary site of the clergy sex abuse scandal, that has honed my radar so acutely when it comes to this issue. For so many, the collar remains a symbol of anguish and betrayal. This history is never far from my mind.

For others, it signals an alliance to an institution long resistant to a progressive understanding of inclusion when it comes to gender, reproductive rights, sexual orientation, and marriage equality. Or the contrary, a belief that my gender, particularly when paired with my choice to marry a woman, renders me inherently unworthy of the clerical status I hold. Regardless of the reaction — confusion, distrust, or an opposing theological lens — far too often my collar feels like a barrier to the ministerial work I was ordained to do.

There are certainly times when wearing my collar is not only preferred but imperative: I reach for it when presiding at liturgical services, when functioning as a pastoral presence, or when asked to act as a representative of the institutional Church. But I’d venture to guess that the boundary between my personal and professional vocation is more porous than for many, and the lines quickly blur after that, at least for me. Is my collar a symbol of something I already am? Or is it an instrument that pushes me to a higher calling?

In the end, by leaving my clergy shirt and collar at home, I invite those I encounter to see me for the person I am, not the profession I have chosen. I rely on my actions to speak more authentically and authoritatively than my apparel. After all, shouldn’t the disposition of my heart be the bellwether of my spiritual vitality and commitment?

While I find myself on the opposite end of the apparel debate from Sibley, I appreciate his choice was made within the particular context in which he found himself. Sibley's appearance on “Jeopardy!” was the incarnation of “a nerdy dream” he had harbored for years. At the end of his fifth game, knowing a loss was imminent, he bet just $3, a subtle homage to the Christian concept of the Trinity.

While the debate continues regarding his choice to don his clergy collar, perhaps his decision has revealed an aspect of the show few consider while watching, though it would do all of us well to remember. Sometimes, even on a game show, there’s more than one right answer.

Anne Gardner Cognoscenti contributor
Anne Gardner is an Episcopal minister and author of "And So I Walked: Reflections on Chance, Choice, and the Camino de Santiago."