Today we introduce you to the most interesting man in the world.

No, not this guy. 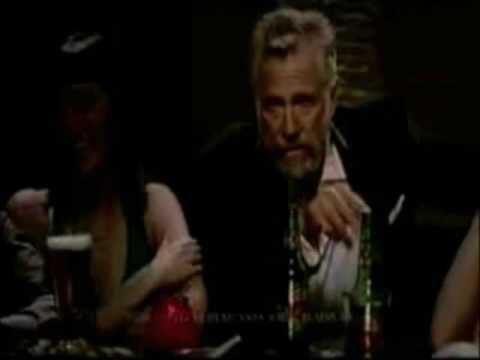 King David Kalākaua was the last king of Hawaii and he ruled from 1874 to 1891. He was actually elected, not born into his regency — when the last of the Kamehameha kings died, Kalākaua ran for king and won. He didn't win by a popular vote; he was elected by the then-Hawaiian legislature.

Tiffany Ing, a professor and Hawaiian scholar at the University of Hawaii, wrote her dissertation on 19th century representations of Kalākaua and knows a lot about him.

She says that the first Christian missionaries arrived in Hawaii in 1820 and were very successful in converting Native Hawaiians to Christianity, and developing relationships with the Hawaiian monarchs. The monarchs grew to trust the missionaries and began giving them government positions, which they accepted.

And then over time, the children of these missionaries — who were white — came of age, took their own positions, ran sugar plantations, etc. It got to the point where a small group of white people had a lot of power in Hawaii.

The missionaries also brought disease with them, which killed a lot of Native Hawaiians and there was, as you can imagine, a lot of racial tension between whites and the native people of Hawaii. The tension grew and really came to a head in the 1870s, when Kamehameha V died.

So Kalākaua was elected by the legislature. It was controversial. There were riots. It took British and American Marines to stop the rioting, in fact.

"Once he settled in, he was surprisingly good at the PR side of things," says James L. Haley, who wrote Captive Paradise: A History of Hawaii. "Among the things he did, for instance — he composed the national anthem, which Hawaii had never had. And he gauged the public sentiment just perfectly, knowing that the fervor for a national identity among the Hawaiians would really unite behind a national anthem, 'Hawaii Ponoi', which they did." 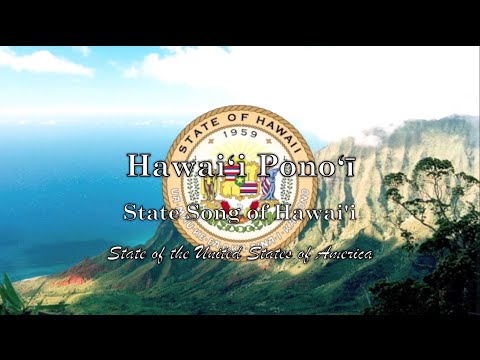 One of Kalākaua's first actions in office was to take an extensive tour of all the islands to greet his new subjects.

And he brought back the hula, which had been banned in 1820.

"He had it performed on the royal palace grounds for his coronation and for his birthday, and there were week-long festivities day and night. Native Hawaiian people dancing and chanting and singing," says Ing.

"Hula wasn't just a dance," says Haley. "Hula was the heart of their culture, it was their history... Kalākaua was very interested in the survival of Hawaiian culture and that is much to his credit."

But he didn't want to stop at Hawaii — he wanted to bring knowledge of Hawaii's greatness to the world. So he set off on an international goodwill tour, taking 281 days to circumnavigate the globe. He went to tiny villages in Europe; to the imperial courts in Japan and China; the Khedive of Egypt; the U.S. — where he met Thomas Edison.

(Fun fact: Kalākaua's palace, Iolani, had electric lights and running water before the White House did).

A scientific delegation came to Hawaii to watch the transit of Venus across the surface of the sun, and Kalākaua was so excited about it he kind of got in the way of the scientists, says Haley.

Kalākaua was a man of contrasts. He was doing all the work to reintroduce traditional culture and customs in Hawaii, but he also loved the tech-y stuff and was fascinated by the future. He signed treaties with the U.S., but then attempted to strengthen ties with countries that he hoped would protect Hawaii from being annexed by the U.S.

And the American, white business community in Hawaii was "incensed" by Kalākaua, says Haley. Through the years, that's been filtered down to the point where Kalākaua's legacy is really mixed.

He was handsome — or not. He was a shrewd politician — or he wasn't. He brought about the first Hawaiian renaissance — or he sold his country out.

"Most of the scholarship has been Anglo," says Haley. "They don't speak Hawaiian. There is this wealth of documents lying all over the state that need to be picked up and read and assayed for their historical import. Because [the native Hawaiian] voice hasn't been really heard yet."

Ing took a class as a grad student about the monarchy in Hawaii, where everyone had to do an oral presentation. She chose Kalākaua, as did four other students, unbeknownst to her.

"They went first and they were trashing him left and right!" she says. "And I thought, how can this be? At the center of Hawaiian education — this is the University of Hawaii — how can these Hawaiian language majors, Hawaiian studies majors — how can these students be learning this kind of information? Where did this come from?"

Part of it is likely due to the so-called "Bayonet Constitution," where Kalākaua was basically forced, by a small group of powerful, white businessmen, to sign a new constitution at 2 in the morning on July 6, 1887. They held Kalākaua at bayonet, says Ing. And he signed. He continued to reign, but couldn't actually rule.

It was the beginning of the end of Hawaiian independence. The islands were annexed by the U.S. by 1898. They became a territory in 1900, and a state in 1959.

Ing thinks Kalākaua would be deeply disappointed to know that Hawaii is now an American state.

"He would be very upset, because he gave himself to preserve Hawaii's independence," she says.

His story ends pretty sadly — he died in San Francisco, in the Palace Hotel. But there's one last twist of interestingness — he agreed to have his voice recorded on a wax cylinder, like Thomas Edison had famously done.

He said, in Hawaiian, "tell them that I tried."

Thanks to Michael Serafino for this week's artwork, titled "Hawaii." Find him online at mikafino.com and on Instagram at @Mikafino.