Both in-person and virtual tickets are available for this event. Doors open at 5:30 pm

With a mic in hand and video camera rolling nearby, Julian Shapiro-Barnum’s priceless interviews with kids for his hit web series “Recess Therapy” demonstrates the incredible wisdom, keen observations and often hilarious insights of children including viral hits like “komodo dragons eat people” and “I hope you have a corntastic day.”

Early fans of “Recess Therapy” may have noticed several Boston locations as backdrops for the series, which originally began as Shapiro-Barnum’s senior thesis while studying at Boston University. 2.6M Instagram followers later, the show has been described by The New York Times as “profound, hysterical, saccharine, aphoristic, rhapsodic, loopy and unhinged, a kind of timeless-yet-woke Generation Alpha version of Charles Schulz’s ‘The Doctor Is In.’” 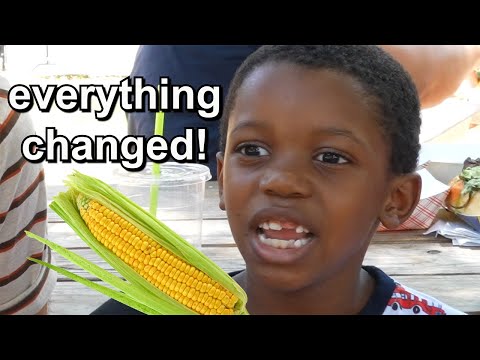 Virtual Tickets
$5.00 (only one ticket needed per household)

To apply the discount to your ticket purchase online, you’ll need to enter a promo code. You can get your code by emailing membership@wbur.org.

Registrants may be contacted by CitySpace about this or future events.