We'd like to introduce you to Lizzie Mae: she's a slave of George and Martha Washington.

Lizzie is the creation of actress Azie Dungey, and featured in her new web series, Ask A Slave. The series is based on questions that tourists asked Dungey when she portrayed a slave on Mount Vernon, George Washington's estate in Virginia that is now a museum and tourist attraction.

And Dungey was asked some crazy questions, such as: How did you you get your job as a slave? Did you find it in a newspaper?

And: Why don't you just go to Massachusetts and go to college?

Dungey says even though the questions are absurd, that isn't the problem.

"To me this isn't really about the people and the questions," Dungey told Here & Now. "We elevate history to an extreme extent and every Fourth of July everybody is proud of what it means to be an American. But we don't take the time to understand what, and especially not to understand the story of what was considered a less valuable history — which is African-American history." 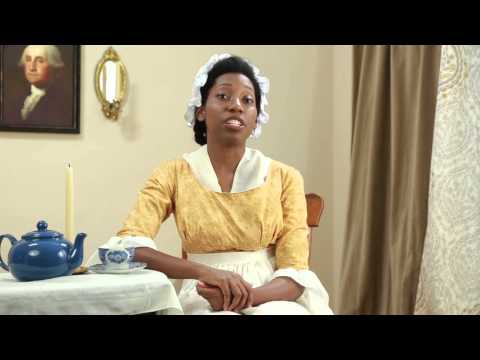