In 2010, there were headlines around the world that a South Korean couple had let their 3-month-old daughter starve to death while they spent up to 12 hours a day playing "Prius Online" at a local internet cafe.

Ironically, in "Prius," players take care of an "anima," a child-like character, so the couple was neglecting their real life child to care for a virtual one.

But the courts found that the couple suffered from an addiction to the Internet and gave them minimal jail time.

"They were unable to distinguish the virtual world from the real world," Valerie Veatch told Here & Now's Jeremy Hobson. She's producer and director of the new HBO documentary "Love Child," about that case.

Veatch, a self-proclaimed "techno-utopian," believes these cases of people prioritizing virtual worlds over the real world have widespread consequences.

"It became clear that this is really a moment in our journey as a human race where the virtual world, or this, kind of, space we all share together — this networked space — has become quite real," Veatch said.

On whether users realize that they are just playing a game

"Absolutely. But to what extent is a game our reality? I think a lot of our cultural experiences, our shared cultural experiences, are these things that are suspended disbelief. Like a movie or a song or a game we kind of create these spaces as a fantasy to interact culturally. And I think that's what these games are."

"The film really looks at how we can take this technology space — this virtual space which is connecting us, which is creating empathy, which is creating this whole world — and integrate it with society and our human and social infrastructures in a way that makes sense and creates a better society."

"It's our job as citizens to challenge the tech world and to ask for better technologies."

"I'm a techno-utopian. I love networked technologies. I think that with the right conversation and the right ethos and the right marketplace we can really create a really positive tech sphere for humanity to interact in. We can build empathy. We can learn about the world. That's why a story like this is so interesting to me because something like the death of a young child at the behest of parents being addicted to these games, which are designed to be addicting, to me, it's our job as citizens to challenge the tech world and to ask for better technologies. And to think really critically about how we're using it and how it's shaping our social fabric." 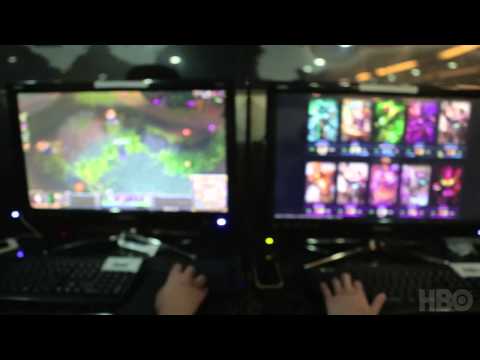