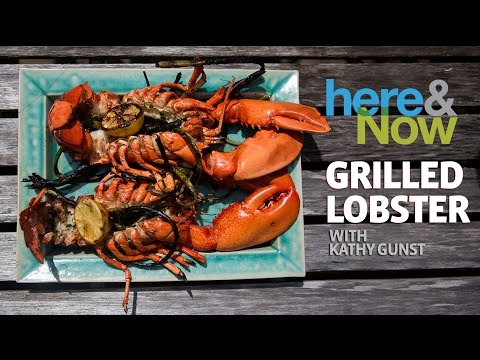 Kathy likes to grill lobster, as opposed to boiling it, both for culinary and humanitarian reasons. She gave Jeremy a lesson on how to cook the crustacean at her home in Maine. You can find her recipe below, along with some lobster lore, lobster tips and how to eat the "undiscovered secret."

(View/print a PDF of Kathy's recipe and tips)

Kathy’s Note: Many people are suspicious when I talk about grilling lobsters. Why bother, they ask? They’re so good steamed! If you’ve never grilled lobster outdoors over an open fire you’re in for a treat.

If you are squeamish about the idea of cutting a live lobster ask your fish store to do it for you, but be sure to cook the lobsters within about an hour after they have been cut. (Watch our video above for a step by step!)

Serve with a cold fruity white or rose, tomato and onion salad, summer greens and grilled or steamed corn for a summer feast.

*Soft shell lobster tends to be less expensive than hard shell and they are ideal for grilling. Since the shell is softer it’s easier to cut the lobsters down the middle. And because the shell is soft the heat of the grill cooks the lobster more evenly and quickly.
**Opal basil has a subtle different flavor than regular basil. The two of them together are delicious. Look for opal basil at farmer’s markets.

Instructions:
To make the garlic-herb butter: place the butter and garlic in a bowl and mix. Add the herbs, lemon zest, salt, and pepper and stir well to mix all the ingredients. The garlic-herb butter can be made several hours ahead of time; cover and refrigerate until ready to cook the lobsters.

Light a fire – either charcoal, wood, or gas – and heat until the embers are quite hot. If your grill has a built-in thermometer you should aim for around 400 degrees.

Meanwhile, prepare the lobsters: place them on a clean work surface, shell side down. Place a tea towel over the lobster’s head and plunge a knife into the body, directly below the head and split the lobster open, cutting it down the middle, almost all the way through. The lobster should still be attached and not separated into two halves. (This technique may seem gruesome, but many experts claim it’s more humane than plunging the poor things into a pot of boiling water.) Remove and discard the sac at the top of the head. Alternately, have your fish store cut the lobster for you.

Divide the garlic-herb butter and place in the body and throughout the tail of each lobster, pushing the butter into the lobster meat.

Place the lobsters on the grill, shell side down, so that you don’t lose any juices. Cover the grill and cook for about 12 to 15 minutes. Remove the cover and cook for another minute or two, depending on the size of your lobster. The butter will baste the lobster meat. The lobster is done when the tail meat feels just firm, and not soft and raw. Remove from the hot grill, place on a platter, and scatter with the lemon wedges. 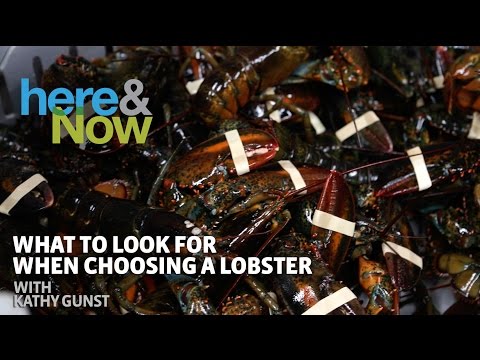 How To Eat The ‘Undiscovered Secret’