The rusty patched bumblebee is making American history, but no one is celebrating.

For the first time, a bumblebee species has been placed on the endangered species list. The dramatic decline in the bumblebee population is causing concern since the rusty patched, and other bumblebees, are critical pollinators — specializing in crops like blueberries, potatoes and tomatoes.

Here & Now's Robin Young talks with Scott Black, executive director of the Xerces Society, which works to preserve and protect pollinators and their habitats.

Here's a video about bumblebees' role as pollinators: 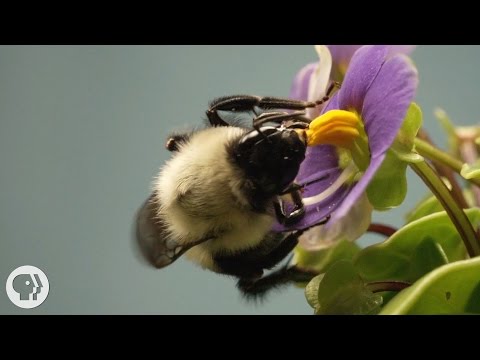