President Donald Trump's senior adviser, Kellyanne Conway, told NBC News on Sunday that the White House had presented "alternative facts" to the ones reported by a number of news organizations regarding the size of the inauguration crowd.

She also took on a journalist for incorrectly reporting that the Trump administration had removed a bust of Martin Luther King Jr. from the Oval Office, an error which was corrected and for which the journalist apologized.

Disputes continued when the president visited the Central Intelligence Agency and falsely claimed that the news media invented the appearance of a "feud" between him and the intelligence community.

NPR media correspondent David Folkenflik (@davidfolkenflik) speaks with Here & Now's Robin Young about what is and is not known about the claims, and the ongoing relationship between Trump and the media.

Here's a video of Kellyanne Conway on NBC's "Meet the Press": 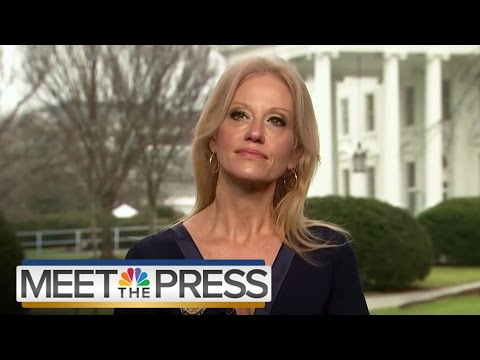