Filmmaker Jennifer Crandall spent the last two years traveling around Alabama, asking unsuspecting strangers to read from Walt Whitman's 1855 poem "Song of Myself." Each of the poem's 52 stanzas is read by a different person, family or group of friends.

The readings are now being compiled into a web-based project called “Whitman, Alabama,” which explores American identity in the state. Here & Now's Eric Westervelt (@Ericnpr) talks with Crandall (@JennCrandall) about the project and its inspiration.

"Virginia Mae Schmidt I first met in church. I was invited to church by a couple new friends that I had met in Alabama, and they invited me for dinner and a play. Virginia was one of the actresses in the play, and she was just ridiculously, phenomenally present and amazing on stage. And I was wondering who she was. She never left my mind, so when we thought about doing this project, I thought, ‘I have to circle back to her and ask her if she'd be willing to read one of the verses for this project.’ And she did, and she was amazing, and sadly she passed away about a couple months after she read, so she actually has never seen this verse." 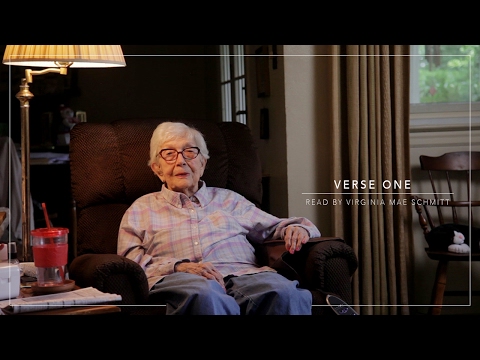 “...There's one verse, first forty-three, that we filmed which very much is it's evident where we just walk up to people, pass them on the street, see a scene which we thought was interesting, and then stop the car, pull over and say, ‘Hey, could we just chat for a second?’ And then unfold what we were doing and ask if they would lend their voice."

"99.9 percent of people cooperated, and the folks that didn't know Walt Whitman, which was a lot of people, said yes. Even people who said that they weren't sure how they felt about the poem said, ‘I want to be a part of this because it looks like something that might be interesting for me.’”

On why Walt Whitman was chosen for the project

"Those are two of the reasons actually, but there are a few reasons. First, because it's not just a project about Alabama. I think that it's a project about who we are as Americans. And Walt Whitman offered a poem in ‘Song of Myself’ which drew from an extremely deep well of empathy to be able to allow for a real generosity of being and who we are. And I think anyone can sort of find themselves in the poem in some way. And the fact that he's a dead old white dude from New York allows us to sort of bridge the past and the present text with lives being lived today in the North and the South. And that's why Walt Whitman."

"I really wanted to highlight the South in a way that sort of says, ‘This is part of who we are as Americans,’ and find a way to film it and bring those stories forward."

"...He wrote the first version of ['Song of Myself'] in 1855, but the idea in the poem is just to talk about the diversity — not just amongst Americans or between Americans — but within every individual American themselves. It just is a massive canvas to work from. It allows us therefore to go forward in Alabama and really capture not just a small part of Alabama, but a pretty sprawling lot of people." 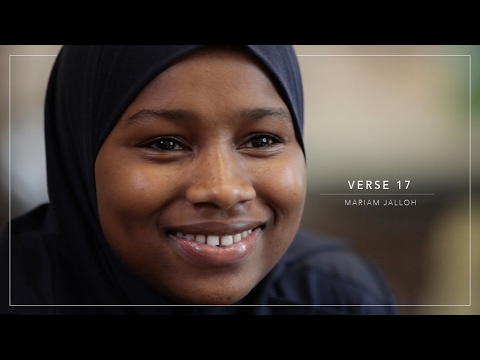 On Mariam, another project participant

"Mariam was, at the time that we filmed, fourteen and just this amazing light. She's an immigrant from Guinea, her family's been living in Birmingham for a while. We filmed in her high school with some students that were in the background doing their thing. We weren't orchestrating them in any way. Yeah, just a wonderful young woman from Guinea who is now part of Birmingham in Alabama."

On combining Whitman’s poem with visuals

"For me, it was very much about showing people in their elements, despite the fact that we were asking them to do something that was slightly outside of their normal day to day. So, we would ask them, ‘What is a place or an activity or a meaningful space where we could film you reading this poem,’ so we could give people more information about who these folks were who were reading the poem. Also, showing off a little bit more little pockets and spaces of Alabama along with the voice of the person reading. And I would also say that for us, it really wasn't about making this look beautiful. I think we can overdo that sometimes in our film making and focus a lot on the technical and the aesthetic aspect of something. We really wanted to make people comfortable, so that while they were reading, we could capture moments that were sincere and real in the midst of their reading."

On the Sullivan family

"The Sullivans — it's an emotional one for me. I was in Mobile, Alabama in a Vietnamese restaurant tucked away in a small part of Mobile. And in walked the Sullivans. And Kathy is in her early 40s, her daughter is in her mid-20s — Sam. And Samantha is half Vietnamese. I'm also mixed like Samantha, Asian and white, and so I was drawn to her. And we just started chatting, and they said, ‘Sure, you're welcome to do this,’ once I explained the poem to them. They were not a very well-off family, but just one of the most generous people I've ever met. And when we filmed — Brandon is Kathy's nephew who also lives with them, because Kathy's sister died. It's absolutely a struggling family. And it's just a really interesting microcosm also of America. You know, Samantha being half white, half Vietnamese. Her mom being white. And Brandon, she said, ‘We're not even sure what Brandon's mix is because my sister died, and we didn't learn that from the husband before he sort of left our lives.’”

"Since filming that verse, Kathy the mother, has passed away from lung cancer. And we did not know at the time — none of them knew at the time, as far as I know — that she was sick. There's a line also in that verse where she talks about being paternal as well as maternal. She's currently raising without a husband her daughter Samantha and Brandon, her nephew. And so the poem means a lot to for various different reasons. These people became very important to me — Kathy and Samantha and Brandon. And then to find out that a new friend that you had made had passed while you were sort of working through this and editing the piece. It was pretty difficult to go through for everyone."

On the goal of the project, and whether she achieved it

"Fundamentally, first and foremost, it's really just to have people get to know each other a little bit better. I know that that sounds potentially cliche and maybe a bit little too basic, but I think that we've really had a difficult time learning how to talk to people and get to know people and have conversations with people. So I really wanted to highlight the South in a way that sort of says, ‘This is part of who we are as Americans,’ and find a way to film it and bring those stories forward. So we find, hopefully the audience will find itself wanting to engage with these people's stories a little bit more. Do I think we've achieved it? That's really a hard thing to answer... Let's just see where it goes from there." 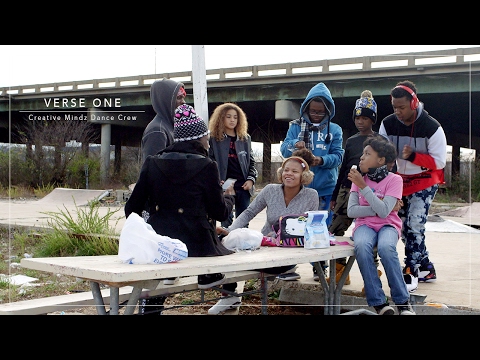