When he was 16 years old, Melvin Caballero left his life of picking coffee in Honduras in search of more opportunity in the United States. Part of the journey involved 36 hours crammed into the back of a sweltering tractor-trailer with one small hole for ventilation.

Caballero eventually became a U.S. citizen and recently graduated from Bridgewater State University in Massachusetts, earning national recognition for his work on immigration. He describes his journey to Here & Now's Lisa Mullins.

On life in Honduras and his decision to leave

"Life in Honduras was very tough. We didn't have much time to go to school. Me and my brothers would have to help my parents to pick coffee to support the 14 of us, because we have a big family... Two of my older brothers, they had already made the trip to the United States, and they would send money back to my parents. That encouraged me to see a better future for me and my family."

On leaving with the smuggler

"They came to my house. His name was Poloncho, the smuggler, and he talked to my dad and they planned everything. And a day after, like around six in the morning, I remember the smuggler came to my house. That was a sad moment, leaving my mom behind, leaving everything I had. That was very hard. I just left with the hope that I was going to the United States to search for a better life. At the time I was so innocent that I didn't know what I was getting myself into."

On staying in a "safe house" in Guatemala

"There was five bodyguards and they were armed and they were drinking. Now I know they were using cocaine and stuff, but at the time I didn't know what they were dong. A little bit after they would start turning crazy and yelling at each other, arguing, and then shooting. It was scary, and we didn't have anything to defend ourselves... There was a lot of violence there. There was a girl that was dragged. One of the guards was calling her to go to another room with him, and she didn't want to do it, so the guard he took out his gun and he started pointing at all of us and saying, 'If you don't come with me, I'm going to start killing you.' ... He started beating the girl, punching her in the face and dragging her to the other room. An hour later the girl came back, crying with all bruises on her face and blood, and a lady, she asked the girl, 'What happened?' And she wasn't even able to speak. She was just crying there."

"I felt that I couldn't breathe. I felt no air coming inside me or out of me, and looking at the devastated gazes of the other people was just extreme."

On being smuggled into the United States in a tractor-trailer

"We believed that it was gonna be less dangerous... So around 9 p.m. we all got inside the truck, there was about 120 people, and near the cabin of the truck there was a small hole [where] people were able to breathe... That was the only window... So they put children and women near where they were able to breathe, and then all men were in the back of the truck... There was animal feed, sacks of animal feed, and we were on top of the sacks... It was dark, even during the day, and extremely hot. My whole experience coming to the United States, everything was difficult, but riding inside the truck was just devastating.

"We didn't have water, all they gave us before getting into the truck was a small bottle of water, and they told us the water was supposed to last for the five hours that we were inside the truck. There was like three or four bodyguards inside the truck with us, the migrants, and they told us that if we needed to pee or if we needed to defecate, we could drink water from the bottle and pee in the bottle, so we wouldn't mess up the animal feed. They said if anybody didn't, that person could easily be killed. And time was passing by and it seemed like the five hours were gone and we were still inside the truck. Nobody could do anything. They had machetes and they had guns. We couldn't do nothing to start protesting against the cruelty we were facing. They had food, they had water and even though we wanted some, they wouldn't give us any."

On his thoughts while inside the truck

"It was so hot inside. The atmosphere felt disgusting, like you couldn't breathe. As time was going by, everything was just becoming worse and worse. So inside the truck we spent about 36 hours... Basically they lied to us just to get us in. I reached a point that I felt like I was going to faint, and there was a point that I asked God to just kill me, because I couldn't deal no more with the suffering... I wanted to die. I couldn't... me, myself, I felt that I couldn't breathe. I felt no air coming inside me or out of me, and looking at the devastated gazes of the other people was just extreme."

"I used to not talk about my story, my life, my experience, because I felt that I was going to be judged by people. But now I feel that I need to talk about this."

On whether he understands concerns about immigration and national security

"I mean, I understand everything that's going on. It's just that, for many people in the United States, immigrants are like just coming over to take our jobs, 'Immigrants are coming over and then they are taking over the United States.' What they don't know is, why do we do it. They don't know the situations that we are facing back in our countries, the lack of food, the lack of education, the lack of health. We do it because we see it, that we have the opportunity in this country. I used to not talk about my story, my life, my experience, because I felt that I was going to be judged by people. But now I feel that I need to talk about this. I feel that I need to put my story out there so people can know what it takes to be an immigrant. I'm proud to say that I am an immigrant, and I'm proud to say how I came to the United States, and what it took me to make it to this point." 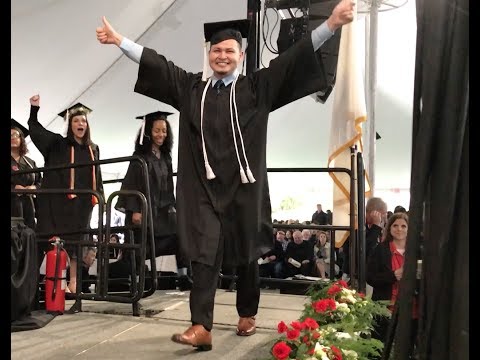 This article was originally published on July 28, 2017.