The Academy Awards are this weekend, and while the provocative, uncompromising German filmmaker Werner Herzog isn't up for an Oscar, critics and cinephiles alike have long ranked him high among the living masters of cinema.

At 75 years old, Herzog has more than 60 documentaries and features under his belt. He was recently honored by the renowned Coolidge Corner Theatre in Brookline, Massachusetts, for his contributions to world cinema, and fielded questions from adoring fans about his fearless and often-wild approach to making movies.

Over the decades, Herzog has given viewers glimpses of Paleolithic paintings in "Cave of Forgotten Dreams." He remade F.W. Murnau's creepy 1922 silent vampire film, "Nosferatu." And in his documentary "Grizzly Man," Herzog introduced us to Timothy Treadwell, who believed he could protect Alaskan bears by living among them — with tragic consequences. 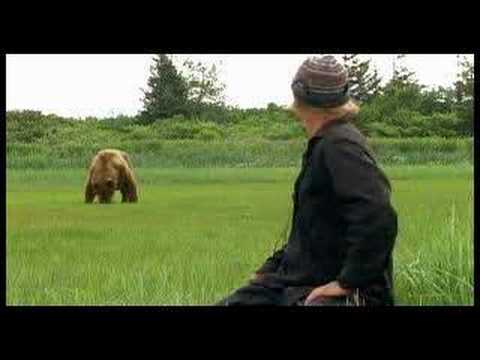 Then there's that distinctly arresting voice, which Herzog has even contributed to "The Simpsons" and the kids movie "Penguins of Madagascar."

"It's crucial, he's kind of like the guide," Frederick said of Herzog's narration after emerging from the celebratory Q&A and afternoon screening of Herzog's 2016 documentary "Into the Inferno."

"I mean, every film is a pilgrimage with him, and he just kind of takes you on that journey," Frederick says, laughing, "and you're bound to him, I guess."

But Herzog says his speaking style took time to discover and develop.

"It's very precise, very intense, very calm and delivered in a way that you really listen," he says.

The filmmaker recalled making his 1974 ski jumping documentary, "The Great Ecstasy of the Woodcarver Steiner," when — as he puts it — he was "forced" to narrate on camera.

"I hated it at the time, but I learned something," Herzog says. "If I left myself, as a person, out of it — and I only had my voice — it was kind of effective. And it's not just the voice. It's what I'm saying, and the kind of authenticity that comes across because I speak my own texts."

He writes them in real time while editing the reams of footage he gathers, and they often include things you might not hear in other documentaries, he says.

"Cinema, deep inside — in its very nature — is something awesome. The awe at what we are seeing."

An example Herzog holds up from 2016's "Lo and Behold" comes from the opening narration, when he describes a building at UCLA:

"The corridors here look repulsive, and yet this one leads to some sort of a shrine, reconstructed years later, when its importance had sunk in ... "

"National Geographic would not allow you to say something as wild as that," he says, smiling slyly.

In that film, Herzog wonders if human achievements like the internet will lead to something great — or our demise. So many of his works brim with lines of existential questioning.

Hypnotizing Actors, And Other Unconventional Methods

Herzog started making movies as a teen in Bavaria with, as the story goes, a stolen 35 mm camera. He would go on to capture dozens of real and fictional narratives, many sharing the common thread of characters with intense curiosity and a penchant for human folly.

The filmmaker's far-flung locations and techniques are often extreme — some say insane.

Herzog hypnotized his actors while making his 1976 feature "Heart of Glass." For 1982's "Fitzcarraldo," Herzog directed his cast and crew to haul an actual steamship over a hill in the steamy Peruvian jungle. 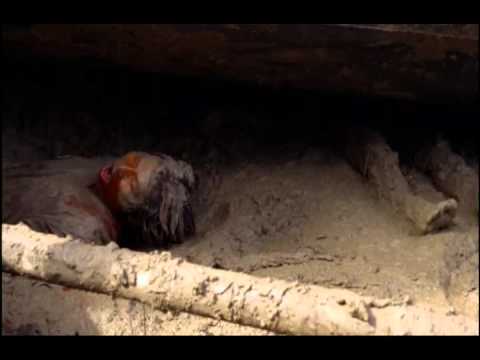 Herzog also famously followed through on a promise to eat his shoe if fellow filmmaker Errol Morris finished his own documentary, "Gates of Heaven."

Insane or not, Herzog says his cinematic vision has always been clear.

"I think that I can see and articulate things that others do not see yet, and cannot articulate yet," he says. "But I have it in me in a way."

As for how he finds his ideas for film projects, Herzog explained — as only Herzog can — that they come to him without warning and with great vehemence.

"You wake up in the middle of the night because something is stirring in your kitchen and it's 3 in the morning," he says, "and you all of a sudden discover there are five burglars. And one of them comes at you swinging wildly, so you better deal with that one first."

When you go down the rabbit hole of Herzog's film catalog, or if you watch any of his interviews or read his books, it's apparent how taken he is with the medium he's been working with for more than half a century.

Cinema's spell is always over him, he says.

"Cinema, deep inside — in its very nature — is something awesome. The awe at what we are seeing," he says. "What I'm doing gives me great joy and insight, and it's my connection to life itself."

Herzog is also connecting with younger audiences and filmmakers, now that so many of his titles — even the more obscure, early ones — can be found streaming online.

"They discover 'Even Dwarfs Started Small,' " Herzog says. "It's a very early film, a very desperate, very radical film in black and white — and today it's the 15- and 16-year-olds who send me a lot of emails about it."

Herzog himself is even available online, via MasterClass videos on filmmaking and storytelling.

The director who came up as a pioneer of the German New Wave in the '60s and '70s says digital technology is also helping him be more productive than when he was young. His output is impressive, with no less than three films released in 2016 alone.

These days Herzog is juggling a bunch of projects, including a documentary about the last leader of the Soviet Union.

"At the moment I will continue filming with Mikhail Gorbachev, he wants to meet me again," Herzog says. "I think he kind of likes me."

Herzog insists he's not a workaholic. But what does he do to unwind?

He answers quickly, simply and with a hint of a smile.