In 2012, the state of Maine began an effort to address a disturbing part of its history and present: the systematic removal of Indigenous children from their families and tribal communities through boarding schools and the foster care system. The documentary "Dawnland" follows the work of the Maine Wabanaki-State Truth and Reconciliation Commission.

For Dawn Neptune Adams, who was removed from the Penobscot Nation in the 1970s, growing up in a white foster home "had far-reaching effects."

"I was made to feel ashamed of my family, my tribe, my culture," Adams (@MsLadyCarpenter) tells Here & Now's Robin Young. "I have reconnected with my community, but there is still always in the back of my mind that little bit of insecurity."

Now, Adams is raising a 9-year-old daughter and immersing her in their tribal community. The two are members of a drum group, take part in a monthly Grandmother Moon ceremony and attend a language immersion camp at a nearby healing center.

"It's been the most beautiful part of my healing experience," Adams says. 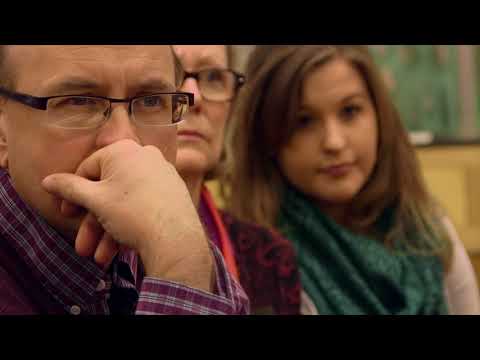 “I tend to feel like I'm on the outside looking in, and I don't confidently enter a circle like I belong there. I find myself waiting for somebody to invite me.

“I entered a foster home in 1978, when I was 4 years old. I believe ICWA [the Indian Child Welfare Act] had just passed. … The state had a responsibility to put me someplace where I was safe, first of all, and that didn't happen. And they also had a responsibility under ICWA to make sure I was connected to my culture, and they failed miserably on that as well.

“My biological mother was an alcoholic. I did need to be removed from my home, but I was placed in a foster home, where, you know, there was a lot of racism, and there was abuse. ... We were shamed for speaking of [our Penobscot roots] or asking questions even.

“That was 1992. I had just graduated from high school. I had in my mind this idea of what Penobscot people would look like, and I made this buckskin outfit, and I wore it, and ... I did not feel comfortable at all. I was afraid I was going to be laughed at if I went into the circle to dance.”

"Indigenous people are not members of a race. They are citizens of a sovereign nation. You're not taking a child out of a race. You're putting them with people ... of the dominant culture."

“What we have here is a fundamental difference in worldview. The standards that they're talking about, those are white middle class standards that are being applied to children of a tribe. And now, the tribe is the child's family — I want to make that absolutely clear. The other part of that is that indigenous people are not members of a race. They are citizens of a sovereign nation. You're not taking a child out of a race. You're putting them with people who are part of the dominant culture.”

On testifying before the Truth and Reconciliation Commission

“I was asked to participate in the Truth and Reconciliation Commission by someone I trusted. I was initially reluctant to participate. I didn't want to bring up things from my past. This was part of my childhood. I wanted it to stay there, and to be quite honest with you, I was scared of opening up this can of worms and having to heal things that I was afraid to deal with. I had a breakdown three years ago, and it was from running from this trauma that I hadn't dealt with. So this really needed to happen for me.

“A lot of good has come from this. The reason I did decide to testify to give a public statement was so that it might help other people. And I do believe that it will do that.”

"She began this connection to our community when she was first born, and at 34 years old, I began that right alongside her."

Savannah Maher produced and edited this interview for broadcast. Jackson Cote adapted it for the web.