In a video that went viral, 16-year-old Emma Stevens sings The Beatles’ song “Blackbird” in her native language Mi’kmaq, or Micmac.

A high school student from Nova Scotia, Canada, Stevens had the help of Katani Julian, who works in language revitalization. It’s part of a combined effort to spread awareness of Indigenous language and culture.

“My language is very different from other ones,” Stevens says. “There's a lot of syllables in ours. And there’s a lot of long words that translate into something really easy in English.” 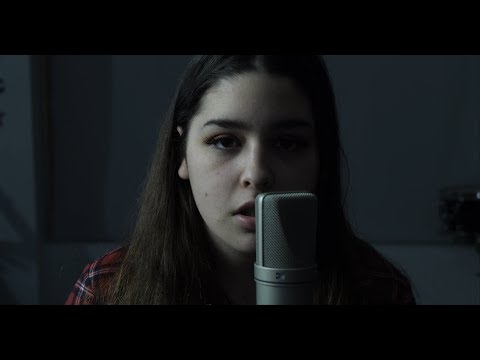 For Julian, this made translating the song a monumental task. As she explained it, there may be a concept with many syllables in Mi’kmaq but only a sentence in English and vice versa. The challenge was trying to get the beat and rhythm into the appropriate amount of signals for the music.

But Julian has experience in studying literature and finds it useful to read between the lines of poetry to find a deeper meaning. She used this when translating “Blackbird” from English to Mi’kmaq.

The song came to be after Paul McCartney took inspiration from the civil rights movement, the Little Rock Nine and the women involved with it.

“Even though The Beatles’ songs sound, you know, simple, there's always a hidden meaning in there. And that's what I really loved about it,” Julian says. “I had to really do it very carefully so that I got the message, the original message across in the Mi’kmaq.”

Although there is a school that teaches local kids the language, Stevens says students are not allowed to attend after a certain age. Plus many young people didn’t have the opportunity to learn Mi’kmaq. While this has made it difficult for the youth to hold on to the language, it’s also why preserving Mi’kmaq is paramount to Stevens.

Stevens and Julian are both members of the Eskasoni First Nation. In recent years, the community has developed a school and music program, something Julian didn’t have when she was Stevens’ age.

“It’s just wonderful to hear it,” she says. “And Mi’kmaq is full of emotions when it’s spoken. You know, when we speak to each other, there’s a lot of emotions that’s conveyed in the words.”

When Julian shared the video with her father, who helped her to translate it, she says he had tears in his eyes.

That emotion that can be heard in Stevens’ voice as she sings “Blackbird.” She says she feels proud to be able to sing the famous song in her language.

“There’s not a lot of people that can do that,” she says. “So it makes me feel really proud to be able to do those kinds of things.”

Jeannette Jones adapted this interview for the web.

This article was originally published on May 22, 2019.