Netflix film "Marriage Story" is up for six Oscars at this Sunday’s Academy Awards, including best picture.

Written and directed by Noah Baumbach, the film follows the dissolution of a marriage between Charlie, a New York theater director played by Adam Driver, and his wife, actress Nicole portrayed by Scarlett Johansson. The couple wants an amicable divorce — then lawyers get involved.

A child of divorced parents who has also gone through it himself, Baumbach received Oscar nominations for producing the film and best original screenplay. He first took on the topic of divorce in the 2005 acclaimed film “The Squid and the Whale.”

“In a way, it felt like a fresh subject to me again, because I think I was thinking of this movie as a love story and a way to explore marriage,” he says. “And just because something is over doesn't mean it failed.” 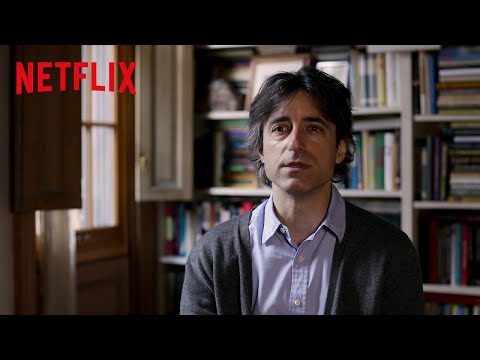 Despite how contentious their divorce becomes, the “Marriage Story” team made sure the love between Charlie and Nicole still shines through, he says.

As research for the film, Baumbach spoke to a variety of people including divorce lawyers, judges, divorced people and couples who stayed married for a long time. Couples in long marriages find ways to work through hardships together, which he found “equally relevant” to his research.

In his previous divorce film, “The Squid and the Whale,” the story was told from a child’s perspective with innocence. The adult perspective in “Marriage Story” shows innocence too in a different way, he says.

He compares Nicole and Charlie’s emotional journey to that of Homer’s “The Odyssey.”

“They start in a place of innocence and then they go through an adventure that often is quite crazy and surreal and mad,” he says. “And because of this, particularly the divorce system in America and the legal system, it can be extremely scary for people. It's extremely shocking. It's confusing.”

This narrative works as a representation of what people often face when their personal lives intersect with the “professional, commercial, industrial complexes” portrayed in the film, he says.

There’s an element of performance throughout the movie, with the opening scene establishing Charlie and Nicole as theater people. The couple’s divorce lawyers are theatrical, too.

In many scenes, Charlie and Nicole are “voiceless” while their lawyers speak for them. Upon meeting their potential clients, the lawyers embody a persona to win the couple over and Laura Dern’s character sways Nicole with a “seduction scene,” he says.

Charlie’s second lawyer in the film, portrayed by Ray Liotta, comes off more “overwhelming” and “tough” by saying he wants to fight for his client, he says.

“What I thought was interesting about that was this sort of notion that the lawyers themselves are performers,” he says. “In the beginning, we meet them at essentially job interviews. They're auditioning for the job.”

One reason Baumbach wanted to make the film was to present two “equally sympathetic and imperfect” sides of a story. He also aimed to shed light on the divorce system and process, which he believes aren’t often talked about.

He thinks it’s important to note while a couple goes through a divorce, they’re still married throughout the process and sometimes feel “disbelief” toward the separation.

“We see that even in loving ways, you know, that she still cuts his hair or he's still going to help her when her gate doesn't close. And they have this child, of course, that they have to raise, which is really the main struggle that they're going through, their main focus,” he says. “There is this sort of ghost world and the present world.”

The film marked Baumbach’s fourth time working with Driver, and Johansson signed on in-part because she was going through a divorce herself, he says. He interviewed the cast about their lives and relationship because he wanted them to influence their characters.

“When I gave them the script, my hope was that it would feel familiar to them,” he says.

In his own relationship, Baumbach says he and partner Greta Gerwig maintain an “open conversation” about what they’re working on and contribute to each other’s projects — from reading scripts to visiting sets and editing rooms. 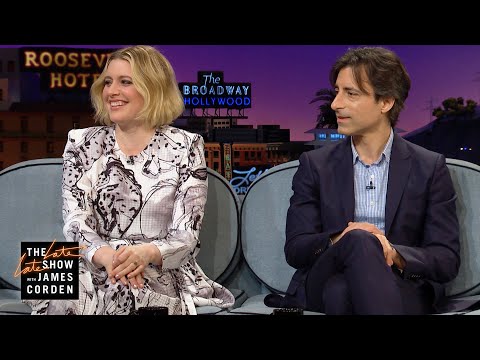 He’s glad he doesn’t have to compete with Gerwig’s “Little Women” in the same writing category, but “any nice thing that happens to either of us is a nice thing for all of us.”

Though divorce is a large part of both “Marriage Story and “The Squid and the Whale,” Baumbach thinks both movies are foremost about family.

“I don't feel like I said the last I have to say about family,” he says. “Human beings are endlessly interesting so I would never say I'm done with anything involving human experience.”