The new documentary series "Allen v. Farrow" takes a deep dive into the story of Mia Farrow and Woody Allen.

Through one famous couple’s story, the film takes a hard look at how our society treats people in power and those who accuse them of abuse. The four-part series begins Sunday on HBO and HBO Max.

Allen is famously known for having a relationship and later marrying Mia Farrow's college-age daughter Soon-Yi Previn. Around that time, he was also accused of sexually abusing the couple's daughter, Dylan Farrow, who was 7 years old when the accusations came to light. Allen has denied abusing both Previn and Dylan Farrow.

“I worshiped him,” Dylan Farrow says of Allen in the film. “He was so funny, and he made me feel so special. That's where things get really, really complicated.” 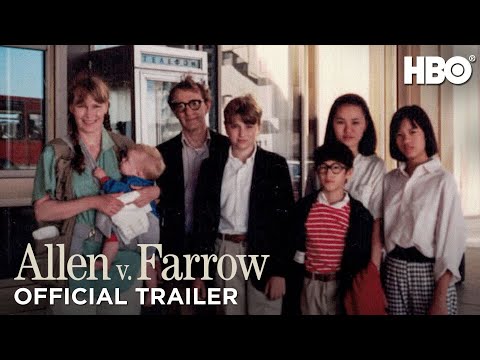 Director Kirby Dick says an interview Amy Ziering did with Dylan Farrow about the #MeToo movement a few years ago convinced him to dig into the story again. At first, he questioned if there was anything new for the public to learn beyond the myriad of news coverage throughout the years.

“But Amy [Ziering] did the first interview with Dylan Farrow and that interview was so powerful, so strong,” he says. “It became very apparent that the whole story wasn't being told.”

The documentary explores power, our understanding of what family sexual abuse can look like, how a child can articulate abuse, and how women who make accusations of abuse are depicted. Allen is a powerful man and at the time, he was the toast of the town in New York City. Mia Farrow was painted as a vindictive, hysterical ex-lover who coached her daughter to tell untrue stories of sexual abuse.

Reluctant to agree to an interview, Mia Farrow said no to producer Amy Herdy several times until Dylan Farrow convinced her mother to talk, director Ziering says. Mia Farrow was scared and showed up to the interview wearing a black sweatshirt, so Ziering offered her blouse to the actress.

“All the narratives we heard: She's vindictive. She's the publicity hound. You know, she's crazy,” Ziering says, “No, actually, she never wanted to speak and didn't even have any kind of vanity going through her mind when she showed up in the interview.”

Dylan Farrow speaks candidly and introspectively in this film about her early childhood memories. She talks about the special attention she received from Allen, reading newspaper comments together every morning and going to her first Broadway musical with him.

But the documentary shows that it went beyond special treatment: Babysitters, friends, teachers and therapists say Allen had an intense focus on Dylan Farrow. Allen would isolate Dylan Farrow from the other children and demand to spend time alone with her, Dick says.

Mia Farrow, family members and close friends didn’t realize the true nature of Allen’s relationship with their daughter at first. Once the family started to realize Allen’s behavior was inappropriate, denial kicked in, Dick says.

Ziering says the filmmakers wanted to take people through the dynamic between Allen, Dylan Farrow and the rest of the family — one many people haven’t experienced and don’t understand.

The spin around the coverage of this case — one of the most prominent cases involving allegations of incest in the U.S. over the last 50 years — influenced the way Americans looked at incest allegations for decades, Dick says.

Looking into the case unearthed multiple similar investigations at that time, many of which had cover-ups, he says.

The series displays Allen’s defense against the allegations — which became the “playbook” for other people accused of abuse, Ziering says. His “incredibly effective” strategy of accusing the other parent of lying obscures the truth and confuses people, she says.

“I do think to some extent we do still think about abuse the way we thought about it in the ‘90s. I mean, the courts more often than not still send children back to their offending parent,” Ziering says. “And that's a legacy of this Woody Allen case.”

The public learned Allen was in a relationship with Mia Farrow's other daughter, Soon-Yi Previn, when Previn was in college. But Allen had known Previn and served as a father figure since she was a young girl. The documentary questions whether the narrative of Allen being in love with her is actually false.

The truth of Previn and Allen’s relationship is vastly different than the story people know, Ziering says. She hopes people who watch the series reflect on the way abuse towards adopted children is viewed differently compared to biological children.

Prior to the #MeToo movement, the directors of the series didn’t think they would witness this country looking at sexual assault differently. People now understand that the majority of people who make accusations are telling the truth — but misunderstanding, bias and misogyny still surround the issue of sexual assault, Dick says.

“It's really important for stories like these to get out so that people understand much more what survivors experience, what the truth of these kind of situations are,” he says, “and so that we can set up a culture and a society where this happens much less often.”

Correction: This segment incorrectly refers to an interview between Dylan Farrow and Amy Ziering. We regret the error.