Editor's note: This segment was rebroadcast on April 12, 2022. Find that audio here.

In the new Albanian language film "Hive," a crowd of protesters gather in front of a government building in Kosovo. They're desperate to find husbands, fathers and children who were lost in the late 1990's when a Serbian-led campaign of ethnic cleansing largely against Albanians led to a massive refugee crisis.

Most of these men and boys have never been found, and the protesters are there to demand answers.

Among the crowd is Farhije Hoti. Her husband has been missing for years, and she's trying to support her family by starting a business with the women of her village. But the men in their community see their business as radical — and threaten to derail the women's plans.

"Hive” — a film where finding hope and freedom proves to be an uphill battle — is based on a true story. The film has won multiple awards at this year's Sundance Film Festival. Now, it's Kosovo's Academy Award entry for the Best International Feature. 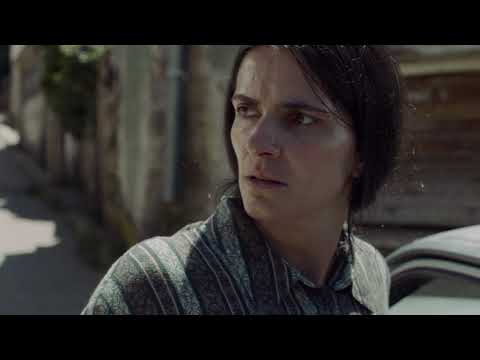 Writer-director Blerta Basholli says she was studying in the United States upon first hearing Hoti’s story, and it quickly grabbed her attention.

Basholli and actress Yllka Gashi met Hoti to hear about her life. The in-person meetup really drew them in, Basholli says.

“It was [Hoti’s] personality, the way she talked to us, the way she just dealt with everything that impressed us even more,” the director says.

Gashi, who stars as Hoti in the movie, says Hoti’s energy was “contagious” and “mesmerizing.”

An Albanian refugee herself, Gashi says she could relate to Hoti’s pain on a personal level of what it’s like to live through war.

“As much as it was exhausting to build the character and to play it at the same time,” she says, “I found solace in all of it and it was kind of like a healing therapy for me as a person and as an artist as well.”

Blerta Basholli: “I wanted to start the film with something strong, something that will put us in her situation immediately. And something that will make us understand what kind of person we are dealing with. … And I thought because [of] what they went through, because [of] what they had to do, because [Hoti] told me a lot about these things, I was like, I just really wanted the audience to be in the story and with the character from the very first beginning.”

Yllka Gashi: “It’s funny because I’ve watched the film like 20 times by now and I still get emotional even today. So of course it brought back memories, not just the refugee days in the camp. Like everybody else, most Albanians from Kosovo, we were forced to flee the country. But also, it brought back memories of the fear, you know?

“We grew up in a bit of a harsh situation and even before the war started, we grew up as kids with broken dreams, with bad childhoods because of the occupation and the situation in Kosovo. We witnessed our parents being expelled from their workplaces, and our schools being divided and everything, so that’s why I felt related to this character because I understood her pain and I understood her past.”

On healing from the experience

Gashi: “I was at a refugee camp and then we went to a family friend who hosted us, myself and my family. But also I was divided from my family for a week when we were fleeing our house … I was forced to come back to Pristina [capital of Kosovo] without my family, with a friend of my father, and I was alone for almost 10 days not knowing if my family made it to the other part of the border or if they were killed or what happened to them.

“So, you know, it was hard. It still is. War changes you and leaves consequences but personally, I think it made me a better person because now I’m more grateful. I enjoy my life, my family. And it is what it is. We cannot change our past but we can work toward making a brighter future not just for us but for our little ones as well and other people.”

On Hoti and other women’s means of survival by selling roasted red pepper, a staple in many Balkan households

Basholli: “I think it was an instinctual feminism or however we want to call it because she knew she doesn’t have any other choice. She knew that these women were getting together, they were crying, all of them were sad, so she was like ‘If we continue like this, the assistance from different kinds of organizations are going low. At some point they’re going to stop assisting us with money or any other aid.’ And then she was like ‘What [are] you gonna do? [You’re going] just sit and cry and then go insane and then lose our children?’ She was like, ‘We had children to raise. It was about surviving. It was about working. But we also had children to raise and we could not afford to go insane.’ ”

On filming emotionally disturbing scenes, such as the violent reaction of the men in the village to Fahrije’s and the women’s business, which often caused Berta and other crew members to weep behind the camera

Basholli: “Yeah, well they were not easy to make because it hurts, the fact that you’re like, we’ve been through so much. And if you’ve been to Kosovo … how joyful we are when people come to our houses, and hospitality and solidarity are kind of our virtues. And then when you hear about this woman who takes the wheel to like survive and be independent and there is nothing wrong with that — but then someone sees that as wrong, it really hurts. But then there were also a lot of moments of war scenes that was hard for all of us because we’ve been through that in one way or another.”

On takeaways from playing Farhije Hoti

Gashi: “So many things. Professionally, it was exhausting but so rewarding and such a beautiful, beautiful adventure. And personally, I am still inspired by Fahrije. Every time I meet her, I think she’s just this amazing human being. Always, she makes us laugh, even though she has been through so much. I’m still inspired by her. And I think that the film leaves you with that hope at the end of it. I mean no matter what you can go through in life, it’s always worth it to fight for a better future and to fight for your dreams. That’s what I take from it.”

Emiko Tamagawa produced and edited this interview for broadcast. Tamagawa also adapted it for the web.