Editor's note: This segment was rebroadcast on March 22, 2022. Find that audio here.

Bryant Terry preserves Black American recipes and the stories behind them.

He edited and curated the new book, “Black Food: Stories, Art, and Recipes from Across the African Diaspora." Terry is a noted cookbook author, but this book is a full sensory experience — not just a compilation of recipes.

Terry calls “Black Food” a "communal shrine to the shared culinary histories of the African Diaspora” that includes essays, artwork and a Spotify playlist.

Back in 2015, Terry took over as chef in residence at the Museum of the African Diaspora in San Francisco. Linda Harrison, the executive director of the museum at the time, wanted to go beyond fine art and create a community space for gathering and education.

So the museum started a program on Black food. For the first event on Black women, food and power, people flew all the way from the East Coast to attend — which proved people are hungry for programming on this topic, Terry says.

Terry thought about making a book but didn’t start the project until 2020.

“It was always on the back burner until 2020 when we saw the uprisings,” he says, “and I decided that this was the time to gift the world with a book that had these diverse voices throughout the African Diaspora talking about their various experiences and connection with Black food.”

Each chapter of the book encompasses big themes and narratives. The migration chapter includes a recipe for a rich flan de arroz con dulce — a smooth sticky rice pudding flan.

Rice is incorporated throughout the book because of the complicated relationship between the grain and people of African descent. African people were brought from the Senegambia region to the Americas because of their expertise in rice growing, Terry says.

Terry’s journey into food justice activism started in high school when he first heard the song “Beef Rap” by MF DOOM, which talks about factory farming and violence against animals. But conversations around fixing broken food systems often exclude people who live in food deserts, he says.

“There's so many ways that we can help people have this immersive experience and really move them to think about their own habits and attitudes in politics and how they might want to shift them,” he says. “And I think a recipe can be just as powerful as a heavy intellectual essay.”

Herbie Hancock’s song “Watermelon Man” is the anthem of the chapter of the book on liberation.

When Terry was a kid, his family talked about watermelon as a sacred fruit that helped newly freed Africans to reach financial stability. But for a long time, he refused to eat watermelon because of the associated racist stereotypes about Black Americans.

He needed to make that choice to protect himself as a child, but now he embraces watermelon.

“Watermelon, if you haven't had fresh from the farm watermelon that's grown in the South, you can't deny it,” Terry says. “It's sweet, it's hydrating. It's one of the most perfect foods, I think, for a hot summer day." 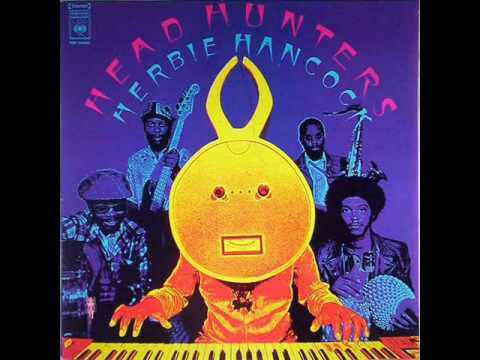 “It really symbolizes my own ability to grow and also the importance for me to just live my life without the concern of the white gaze,” he says. “If I like watermelon, I'm going to eat watermelon and I don't care what anybody says about it.”

The liberation section of the book also includes rice dishes like okra and shrimp purloo. The recipe is a staple of the Gullah Geechee people, Terry says.

Food can carry the history of forced migration and cultural disruption — but he didn’t want to focus on that in the book. The dish tells stories that he hopes will inspire readers to learn more about the origins of Black food and the people who created it.

“I wanted the book to be about our agency, our brilliance, our magic, what happens when we aren't focused with this albatross of white supremacy,” he says. “And I think this is one of those dishes that represents that.”

Emiko Tamagawa produced and edited this interview for broadcast. Allison Hagan adapted it for the web.

Okra purloo is a dish that resonates in the hearts of most Gullah Geechee folks. It speaks the language of the diaspora. Forced labor produced Carolina Gold rice and made the Low Country rich through our ancestors’ knowledge, sweat, and tears. Okra is a vegetable that is dear to many of us throughout the African diaspora. And, of course, there’s shrimp, which is vital to our culture. This is a dish of pain, resilience, and celebration. It’s the story of our existence in the so-called New World. If you were to give me one final meal to eat, it would be this.

Add enough oil to coat the bottom of a Dutch oven and heat over medium heat. Add the sausage, if using, and cook for 1 minute. Add the onion. (If not using sausage, start with the onion.) Cook for 1 minute. Add the garlic, ginger, tomato paste, and bay leaves. Cook for another minute; do not let the garlic brown. Add the rice and mix for 1 more minute. Make sure to season with salt and pepper throughout the process. Add the okra, stir, then add the broth.

Put on the lid and slide the pot into the oven. After 15 minutes, remove the pot from the oven, add the shrimp and fluff with a fork, mixing the shrimp into the rice. Cover and let sit for 5 to 10 minutes; the residual heat will cook the shrimp through. When the time is up, add the butter and stir thoroughly. Season with more salt and pepper and serve.

NOTE: If you can’t find 26-to 30-count shrimp, larger shrimp will work but just cut them in thirds.

To me, rice is one of those life-changing crops. It’s a staple found on restaurant menus and home tables across every island in the West Indies. But as popular and ever present as rice is, it is not a crop that was native to the West Indies. The sad reality is the presence of rice in the West Indies is a direct result of colonization and the trans-Atlantic slave trade. This haunting truth broke me, but it also inspired me because rice was one of the ways our descendants found to stay connected to their culture and traditions, even as they were ripped from their homelands and dispersed across the Americas. In the Caribbean, rice is our connection to our ancestors. This flan recipe uses rice pudding as a base to create a decadent, dreamy dessert. You’ll get to learn how to make two desserts for one!

TO MAKE THE RICE PUDDING: In a saucepan, combine the rice, coconut milk, brown sugar, salt, pepper, spices, and vanilla and boil on low to medium heat. Stir constantly to make sure that the mixture doesn’t stick to the bottom of the pan. Cook for 20 to 30 minutes, until thick. Set aside to cool before making your flan.

TO MAKE THE CARAMELO: Pour the sugar and water into an aluminum pot and stir; the mixture should look like wet sand. Over medium-high heat, cook the sugar until it’s a light golden brown (310° to 320°F, if using a candy thermometer). This mixture should be light golden brown and not dark brown like traditional flan. Pour the caramel into a 9-inch round cake pan and allow it to flow all the way to the sides of the pan. Set aside.

TO MAKE THE FLAN: Preheat the oven to 350°F. Pour the cream and sugar into a medium bowl and whisk to incorporate. In a separate bowl, whisk the eggs and yolks, then pour the cream mixture into the whisked eggs in a steady stream until no yolks are visible. Add the salt and vanilla bean paste and whisk to combine. Mix in 1 cup of the cooked rice pudding and whisk again. Pour this mixture into the caramel lined cake pan.

Prepare a water bath (baño maria) by placing the cake pan in a roasting pan filled with enough water to reach halfway up the sides of the pan. Transfer the pan to the oven and bake for 45 minutes or until your flan is set and not jiggly. Remove the pan from the oven and let the flan sit at room temperature until it has cooled slightly. Refrigerate overnight, covered with plastic wrap, before unmolding.

TO SERVE: Unmold the flan onto a serving plate. Top the flan with an even layer of puffed rice. Enjoy!