Parenting is hard for everyone, and for people of color, the challenge of raising children can also stir up racial trauma that goes back generations.

When Yolanda Williams got pregnant at 36, she was confronted with a host of emotions. She never really wanted children — partly because of how she felt when she was a child.

“I didn’t like children and I didn’t want to be around them, and I realized, it wasn’t until after I had my daughter Gia, I realized that was because of how I was raised,” she says. “I felt like I was a burden. And so I saw children as burdens. I didn’t see them as the wonderful teachers that they are, that now I can see them as.” 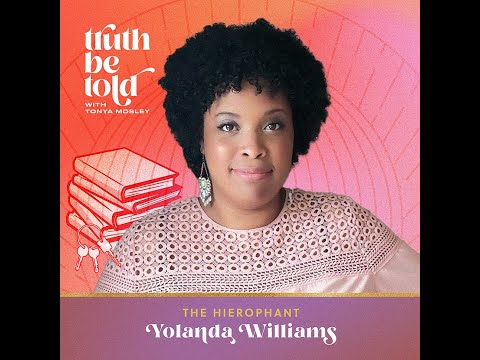 While pregnant, Williams went through all sorts of emotions and began a journey of studying up on childhood development and getting to the bottom of her own childhood trauma.

“We grew up kind of poor,” she says. “And so there was some alcoholism, you know, we got whupped, we got yelled at a lot.”

Williams tried reading parenting books and joining mommy groups, but none of what she learned rang true to her experience.

The advice from those groups felt like it was for privileged people who didn’t have to think much about race and how to navigate oppressive systems and structures. Essentially, she felt like those groups were for middle-class and wealthy white people.

So she started her own community called Parenting Decolonized. It’s an online space that helps other Black caregivers who are trying to break the cycle of racial trauma that stems in part from the legacy of racial discrimination and even slavery. Her goal is to ultimately raise Black children who feel free.

A key part of Williams’ mission is to learn how to be a co-creator in her daughter’s life.

“What that means for me is I'm allowing her to teach me stuff, and I teach her at the same time,” she says. “One thing I never want to do is make her feel like who she is is not good enough because that's how I felt growing up. But as I parent her, I want her to be able to look at me as not just this authority figure. I want her just to see me as someone that she's safe with.”

For the full conversation — and Williams’ checklist on how to be more intentional with your children — click the audio link above and listen to Tonya Mosley's podcast, “Truth Be Told.”