Throughout her career, actress Sigourney Weaver has played a lot of strong women.

There’s naturalist Dian Fossey in the 1988 drama “Gorillas in the Mist,” exo-biologist Dr. Grace Augustine in the 2009 sci-fi film “Avatar” and of course, Ellen Ripley in the popular “Alien” series. In her new film “The Good House,” Weaver plays a woman by the name of Hildy Good. The film, adapted from a book by author Ann Leary, centers on the New England realtor. But in reality, Good is trying to hold onto her company and struggles with drinking. Still, she manages to crack jokes, breaking the fourth wall sometimes to talk directly to the audience. 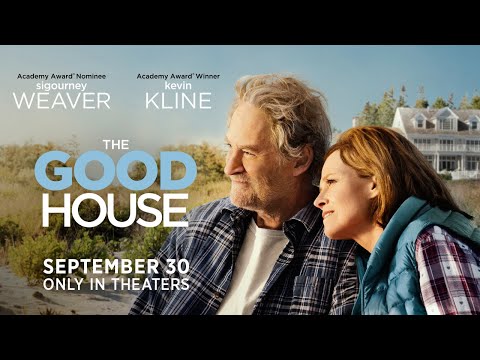 “She's pissed off and letting you know about it,” Weaver says. “But luckily, she's very funny and very good company. The more you get to know Hildy, the more you kind of root for her.”

There’s a scene in the movie where Good attends a meeting for alcoholics. To prepare, Weaver met people who share Good’s struggles with alcoholism. Some offered to meet with her and Weaver asked others to join to help with the scene.

“I was so touched that they would bring their truth and authenticity to this scene,” Weaver says. “I feel, as Hildy, that I could feel that.”

Some of Weaver’s family members struggle with alcoholism, too. In the film, she wanted to show Good being confident after a few drinks and finding solace. Where the film differs from the book, however, is that after watching Good go throughout her day, audiences might feel she’s earned a drink when she opens up a bottle — until it all goes south for her.

As a recovering alcoholic, author Leary has also spoken about her own personal battles with drinking and “quiet drinking.” The pandemic caused many people to take a closer look at their relationship with alcohol, Weaver says. Although Good would rather party or get drunk at a saloon, she’s sentenced to quiet drinking against her instincts, with only the company of her two dogs at night.

Good also is a smart woman who knows everything about people in her town. However, Weaver says, she isn’t perceptive when it comes to herself. She deludes herself.

“[The audience is a] part of that,” Weaver says. “I think because Hildy breaks the fourth wall, takes us into her confidence, and we root for her.”

Weaver hopes that through the film, more women will talk about their secret drinking.

“Alcoholism can creep up on you. That's often how it appears,” she says. “I think if it can shed light on any of that for any of the audience, if I can take them with me on this journey with Hildy and be together for this kind of epiphany, I'm very grateful that I can be part of that.”

Emiko Tamagawa produced and edited this interview for broadcast with Catherine Welch. Jeannette Muhammad adapted it for the web.