Editor's Note: This segment was rebroadcast on October 3, 2022. That audio is available here.

Maybe you’ve heard of German composer Johann Sebastian Bach, but what about BLKBOK? The pianist covers songs from famous musicians like Cardi B, but puts a classical spin on pop and hip-hop songs.

BLKBOK — whose real name is Charles Wilson III — came up with his artist name because he grew up with hip-hop culture and didn't think his own name was very cool. 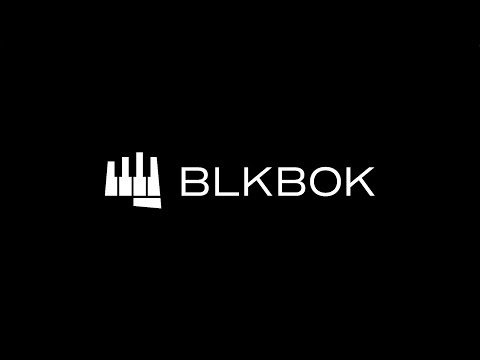 “I've always been a fan of Johann Sebastian and I just thought, why not?” says Wilson, who learned to play Bach from an early age. From there, his love for the musician grew.

While it might seem difficult to blend a formal style of music with pop and hip-hop, Wilson says the genres are like first cousins. The foundations of harmony, melody and structure span every music genre, with classical music as the base. From there, Wilson says, it’s only a matter of deconstructing pop and hip-hop and bringing it back to its root.

Wilson also creates his own pieces with a unique twist: Most are inspired by current events, like the murder of George Floyd and the ensuing summer of protests in 2020. One piece is titled “Michelle’s First Day at the White House.” Another is called “November 7th, 2020,” named after the day President Biden was elected.

For Wilson, music is storytelling.

“I think that's one of the things that's missing a lot in music is the emotional side of it,” he says. “Classical music also allows for a story with no words. So it allows everyone in the room to have a different experience.”

But not every song on the album is inspired by a historical event. There’s also “Cookie Waltz,” a waltz inspired by Wilson’s mother, nicknamed “Cookie.” As a kid, Wilson’s mother danced with her children around the house, gliding them along the floor. During the album writing process, Wilson says that memory touched him in a deep, emotional place.

While the past few years have been isolating for everyone, especially musicians, Wilson says he’s “over the moon” about performing his songs in front of an audience.

“One of the greatest things is to actually be able to be in front of an audience, a group of beautiful souls,” he says, “and play beautiful music and have an experience and connect in a way that's so authentic and amazing.”

Emiko Tamagawa produced and edited this interview for broadcast with Peter O'Dowd. Jeannette Muhammad adapted it for the web.