Take one step into Makaya McCraven's house and you’ll know you're in the home of a musician. There's a standup bass and a piano by the door. In the living room, where some people might put a TV, there's a trombone.

“I've got some random trumpets and stuff like that around that I don’t really play,” he says. “In the case that it doesn’t really work, a horn can also be a piece of art."

Down in the basement studio, the collection continues. One drum kit is crammed into a sideroom that the home's previous owners used as a wine cellar. There's still a wine rack on the wall.

“That's how I mount the microphones,” he says.

McCraven's parents are musicians. Among many musical hand-me-downs, he still has the first instrument they ever gave him: a handmade, fretless electric bass.

This home studio is where McCraven, a self-described "beat scientist,” put together much of his new album, "In These Times.” But he’s been refining some of the album’s 11 original compositions for years.

His previous albums interpreted jazz classics from the Blue Note archives and “reimagined” Gil Scott-Heron. On the new record, he employed some of the same post-production techniques from those recordings, blending live improvisation with the kind of studio remixing more commonly done by a hip-hop producer than a jazz drummer.

“In These Times” is full of lush instrumentation — harps, strings and horns — all locked into heavy grooves that McCraven has whittled out of odd-meter time signatures.

That’s one way to interpret the album’s title, he says, but it also evokes something more ethereal.

“This idea of marching forward through time and through challenges,” McCraven says. “I like questions, things that we ponder and think about. I’d rather it kind of be a discussion than really a prescription by me.” 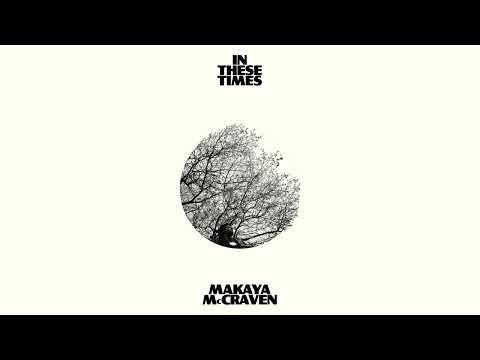 The music was recorded in five different studios and multiple shows at four live performance spaces before McCraven took it back to the studio to fit everything together.

“A lot of the music I write, I write at the piano first,” he says. “But then also sometimes I am writing in more technological ways, where I might be sampling myself or something that happened. And then it’s like, ‘how do I put this all together? How do I make it cohesive?’ And then that becomes a hurdle, and the hurdle becomes a space for me to become creative.”

As for the exotic rhythms, McCraven says he’s been exploring different grooves since his first gigs growing up in Western Massachusetts. His mother, singer Ágnes Zsigmondi, taught him folk music from her native Hungary and other parts of Eastern Europe.

“She had a lot of music that was in ⅝, ⅞, or 9/8,” he says. “There are dances associated to those rhythms. So it was a big part of my rhythmic concept, was exploring how rhythm moves people. That's definitely a conscious thing that I've tried to develop and was at the very root of a lot of these compositions.”

McCraven's tour in support of the album kicks off Saturday.