80-year old Jackie Young spent much of his life wondering: did any of his birth family live through the Holocaust? Why did he, an orphaned infant, survive the Terezin concentration camp when 9,000 other children were sent for extermination? Jackie also worried that his father might have been a Nazi guard, which would have explained why he was kept safe for 3 years at the camp.

Though Jackie was adopted by a Jewish family in London after the war, the sense of not knowing his history haunted him. Last summer the BBC's "DNA Family Secrets" show helped him prove his father wasn't a Nazi, but it wasn't until he teamed up with American genetic genealogists Adina Newman and Jennifer Mendelsohn that he completed the puzzle. Now, Mendelsohn and Newman are partnering with New York's Center for Jewish History to create the DNA Reunion project, to trace as many families as possible. 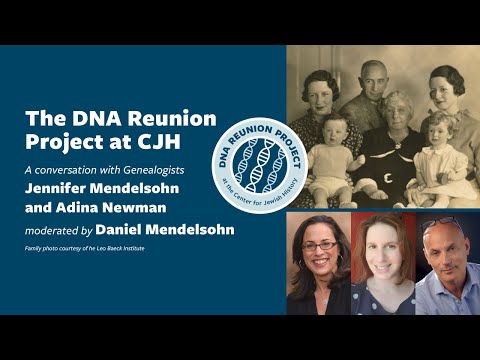