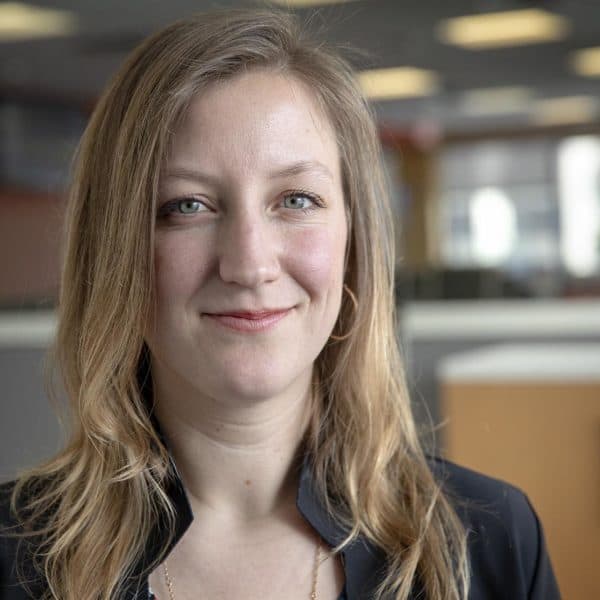 Ashley Locke is a senior producer for Here & Now.

She was formerly with Southern California Public Radio, where she started as a news intern in 2011, before moving to the Boston suburbs in 2016. She's also freelanced with WBUR programs On Point and Radio Boston, and reported for the station's newsroom.

Ashley is originally from Northern California and earned a bachelor's degree in journalism from Humboldt State University, where she was news director of KRFH, the student-run radio station. She is proud to be the first person in her family to graduate from college. She has also worked in print journalism, working at The Eureka Reporter and The Times-Standard in Eureka, California.

Ashley has been at the center of some of the biggest and busiest news days in recent years, including the 2015 San Bernardino attack. She was part of the KPCC team that won an award for "Best News Broadcast Under 15 Minutes," Radio & Television News Association of Southern California Golden Mike Awards, 2015. The Golden Mike win for best newscast was a first for KPCC in over 14 years, beating out a large commercial radio station that has typically dominated the category.