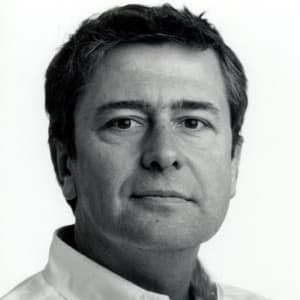 Fred Thys reported on politics and higher education at WBUR.

Fred broke the story that the federal government may have lied to the Supreme Court in order to obtain the landmark ruling that established the state secrets privilege.

In 1998, WBUR sent Fred to Bosnia to train journalists as part of a State Department program. It turned out to be Fred who learned from the Bosnians, even as he shared with them how American journalists work.

Prior to joining WBUR in 1998, Fred was Mexico City bureau chief for NBC News. He managed a team of producers, stringers, cameramen (they were all men), sound technicians and editors who covered Latin America. Fred's responsibilities included directing coverage of the takeover of the Japanese embassy in Lima by Tupac Amaru guerrillas.

For two years, beginning in 1993, Fred wrote and produced news and cultural programs for CNN International from Atlanta. Prior to that, he was a field producer in CNN's New York bureau for two years.

As CBS News's South America reporter, based in Buenos Aires, Fred led the network's radio and television coverage of three military rebellions in Argentina, the protests against Chile's President Augusto Pinochet and Chile's transition to democracy, the overthrow of Paraguay's long-time dictator, Alfredo Stroessner, and papal visits to Peru, Argentina and Chile. Fred, his camera crew, and editor were the first U.S. television network team to get into Paraguay after the overthrow of Stroessner.

Fred has produced and reported stories from Latin America and the Middle East. He has worked in Argentina, Uruguay, Chile, Brazil, Paraguay, Peru, Ecuador, Colombia, Panama, Nicaragua, Honduras, Mexico, Cuba, Jamaica and the United Arab Emirates. He reported on the drug wars in Colombia, the growing tensions between the United States and Panamanian dictator Manuel Noriega and the U.S. invasion of Panama, the visit of Soviet leader Mikhail Gorbachev to Cuba, the visit of President George H. W. Bush to Brazil, Uruguay, Argentina and Chile, the devastation of Jamaica by Hurricane Gilbert, and Iranian attacks on oil tankers in the Gulf.

As a field producer for ABC New Documentaries, Fred broke the story that Argentina had U.S. and Swiss equipment in its plutonium separation and uranium enrichment plants.

Fred holds a bachelor of arts in political science from Williams College.